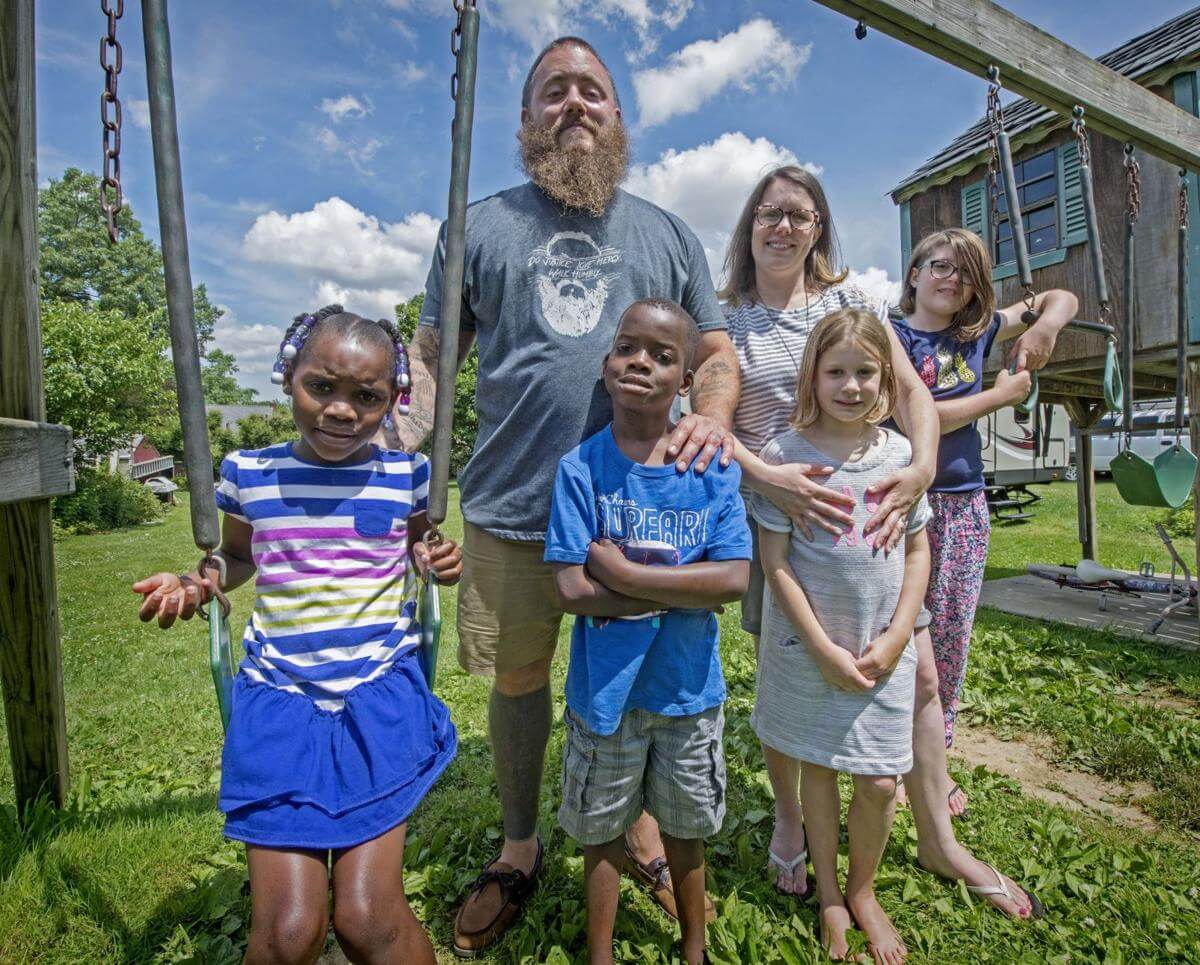 Prayer and patience. Both helped Ben and Kayte Musselman endure a three-year delay in the arrival of their adopted twins from the Democratic Republic of the Congo.

In October 2012, the New Holland couple officially adopted Jean (French pronunciation) and Jeannine. Born on July 10, 2012, the Congolese twins were to join their adoptive family in April 2013 at nine months of age, but they hadn’t left the country before the Congolese Office of Immigration and Emigration stopped the issuance of exit paperwork for approved adoptions in September 2013.

“We prayed without ceasing,” Ben said as they patiently waited for the government to release the children.

Those prayers were answered when the painfully long wait ended in August 2015 and the 3-year-old twins arrived safely to their American home.

“It was exciting, emotional and a somewhat difficult time for the twins and us,” Kayte said.

Suddenly the children were in new surroundings with new people speaking a different language. Jean and Jeannine spoke Lingala. The language barrier presented a challenge to parenting, causing the twins to be protective of each other.

The couple credit their daughters Darci, 11, and Azelle 8, who were 8 and 5 when the twins arrived, as playing an important role in their siblings’ quick adaptation to their new culture.

“The twins saw two children loved and cared for who also showed love and caring for their new sister and brother,” Kayte said.

Following recommendations for adoptive parents of foreign children, the Musselmans committed to four months of cocooning the twins. The cocoon period meant no outside interactions with extended family or friends. This allowed the children to adjust to their new home and to bond and form healthy attachments with their new family. Learning English came easily through hearing it spoken by their parents and sisters.

The twins attended Precious Ones Child Care in Leola for two years to learn social skills and basic academic lessons.

Today they are happy, healthy affectionate 5-year-olds who will celebrate their sixth birthday Tuesday.

“I want to be a mechanic,” said Jean who likes trucks. Jeannine likes baby dolls and drawing.

Azelle and Darci love having a bigger family.

“Jean likes to wrestle with me and always wins,” Darci said with a grin. Azelle enjoys playing with her younger sister and brother.

“It’s been important for us to show our family that God and his ministry are a very important part of our lives. Missions is in every part of how we live our lives,” Kayte said.

Ben and Kayte have been involved in Christian mission work since their teens. They have served in China, Cambodia, Russia, Malaysia, Mongolia, Laos and Burma. They met in 2004 while in service with Youth with a Mission, married a year later and moved to Thailand to continue work with YWAM for four years. In 2009 they felt led by God to return to the U.S., moving back to Ben’s hometown of New Holland. Darci was born in Thailand, Azelle in New Holland.

After their return to the states they were involved in their church marriage ministry and worship team at Petra Church, New Holland. Ben was employed by C.E. Pontz Sons Inc. and Kayte at YMCA at New Holland.

Now nine years later the couple feel God is leading them to return to Thailand, where they will serve as missionaries for ZOE International. They will leave Wednesday.

“Child trafficking is one of the biggest issues worldwide today, and we want to team up with the best people to fight against it,” Ben said.

The organization “seeks to bring life to others by offering them the hope of Jesus Christ and providing children who’ve been victimized by human trafficking true healing and restoration in the name of Jesus.”

The children — especially Darci — are excited about the new adventure.

“I’m most excited because I was born there,” she said.

They will attend Grace International K-12 School, which teaches an American curriculum. Children of missionary parents make up 80 percent of the school’s students.

The family plans to live in Thailand for two years. But Ben said God’s timing may be different.

“We go to serve and will wait to hear what God has next for us. It’s the heart of what missions is about — ‘less of me, more of you,’ ” he said.

Ben’s parents, Colleen and Mark Musselman, from New Holland, will also travel to Thailand on Wednesday to help the Musselmans settle in their new home.

“We are lucky to have the love and support of our families for our missions’ decisions. And while we will miss them, we are truly excited about the new adventures ahead for our family,” Ben said.