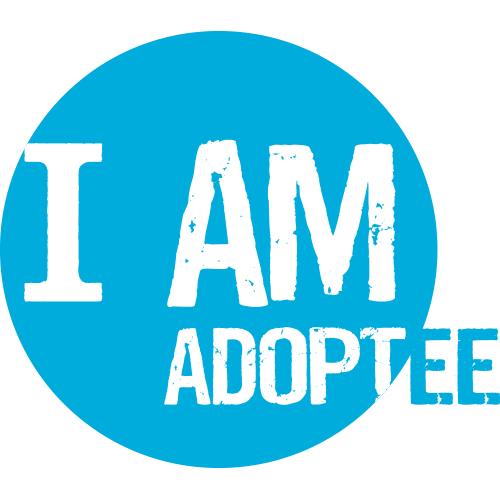 For 27 years, Evis Vejseli held a secret in her heart.

It sometimes made her cry, which she passed off as exhaustion when her daughter, Anxhela, asked her why she wept. But Anxhela sensed it was something more, and occasionally, inside the walls of their home in Greece, her mother would tell her that someday she would reveal what she was keeping hidden.

“She tells me: ‘I have a secret, but when you get your own children, I am going to say (it) to you because you can understand me (then),’ ” Anhexla, her English laden with a heavy Greek accent, recalled on Sunday.

That secret was uncovered in October, not in the way her mother had planned, but rather through social media and a phone call to Massachusetts, where Corey Roy lives.

Mr. Roy, 27, is Evis Vejseli’s son and the brother Anxhela didn’t know she had.

Mr. Roy began looking for his birth family around the time he graduated from Auburn High School, where he was a football standout. In 1991, Mr. Roy’s parents, Craig and Cynthia Roy, had decided they wanted to adopt a sibling to join their daughter, Jennifer, who was about 9. They tried to find a child in the United States, but the process was slow and expensive.

Mrs. Roy’s uncle, an Albanian, suggested they head to Albania.

“They were just coming out of communism (in Albania) and so there were a lot of babies in the orphanage,” Mrs. Roy said. “They were doing a lot of reporting at the time about a lot of the babies and how it was getting cold and they weren’t going to make it.”

So the couple filled out paperwork in July, and by fall they were in Albania, where they were presented with three babies and told to pick one. Cynthia couldn’t, so she told the people at the orphanage to choose.

They handed her Armando, who would become Corey.

At first, Cynthia was unsure if the child was a boy or a girl. She and Craig weren’t allowed to unzip his sleeper or to venture into the working areas of the orphanage in a dingy basement with a solid door. They could visit in a room while they navigated the adoption process.

In 2009, as a senior in high school, Corey returned to Albania with his adoptive parents. They found things had greatly improved, but there was no sign of Evis, so Corey’s search for his biological mother was put on hold. In 2016, he began looking again, using Facebook and other social media sites. He spotted a page that looked like it might be his mother’s, but the photograph was of a woman who appeared to be younger than he was, so he passed it by.

Eventually, he moved on to other things, though the longing to know more about his Albanian roots never died.

Fast forward to last June. Corey was struggling. He had a good education, a fine job, and was planning to return to school for his master’s degree. His family had trips to Aruba and Greece planned for 2019. But something wasn’t right. He was feeling very low. He couldn’t explain it, so he ramped up his search again by sending hundreds of messages to people he thought might be birth relatives.

He went to confession and the priest told him to pray for himself.

“I always prayed for other people,” Corey said. “But I went in that room and I prayed for myself. I prayed really hard.”

When his phone rang on Oct. 18, that prayer was answered.

The caller had a familiar name and Corey answered, not thinking much.

The woman spoke Greek, but he understood enough. She said she’d had a son, his name was Armando and his birth date was the same as Corey’s. He ran from his office and once outside, he switched to a video call.

On their cellphone screens, he and his birth mother watched each other weep.

For her whole life, Anxhela throught she was an only child. A dark-haired beauty, the 22-year-old was headed to a nightclub when she got the news that she was someone’s little sister. Her mother revealed the long-kept secret soon after Corey’s call.

“She says to me that you have a brother. I said, ‘Yes! Oh my gosh, I am not alone now,’ ” she said. “It’s an emotional feeling that you are 22 years alone, only you, and then you have someone with the same blood … it’s very emotional.”

Craig and Cynthia were happy, never feeling threatened by the discovery and thrilled that Corey’s biological parents are good people. They’d never covered up that Corey was adopted. In fact, he said he wore his adoptee title like a badge, writing school essays about it and boasting Albanian pride. They’d given him a book about adoption titled “The Day We Met You,” by Phoebe Koehler. It helped explain things.

“I knew I grew in their hearts, not (his mother’s) stomach,” he said.

After discovering his birth family, he spoke to them daily. They video-called. Evis and Albano waved and smiled. Anxhela got to know her brother and he realized she was the girl in the Facebook picture he’d seen two years earlier on her mother’s page.

Everything had come full circle.

Now, on Christmas, brother and sister are together. They hugged in a terminal at Logan Airport in Boston and posed for photographs at Craig and Cynthia’s home in Boylston on Sunday night in front of a big Christmas tree as Jennifer’s French bulldog, Rudy, tried to win Anxhela’s affection. The siblings were finishing one another’s sentences and remarking about how Corey not only looks like his father, but has similar gestures and a mermaid tattoo like his biological dad, too.

″(Even) if I don’t know him very, very, very well as a person, I can understand him; the blood is like a magnet,” Anxhela said of the immediate connection with Corey.

There were so many similarities. They both like tattoos, both are outgoing, and both are physically affectionate, gently touching an elbow when they speak or draping an arm over the other’s shoulder like an old habit.

Corey has laid out his life in a photo album for Anhxela to take home so his biological family can get caught up. The house where he grew up, his cars, pictures of him riding bulls, girls he dated … everything.

And as he reveals himself to his family in Greece, the backstory of the Evis’ secret is slowly being revealed, too.

Anxhela filled in many of the blanks.

Evis was apparently unwillingly gave up her son after being told that, at 16 years old, she could not raise him alone. Evidently she was duped into signing papers she did not understand. Soon after, Albano returned and asked for her hand in marriage, Anxhela explained.

She said her mother married Albano because she hoped it would help her reclaim her son. When that didn’t happen, she stayed married because she knew one day her son would come looking for her and she wanted him to find an intact family.

“She stay with Albano. She knows that one day comes and Corey want to find (her),” Anxhela said. And their mother’s wish came true.

″(She) want him to find (her) with his birth father … together everyone stay.”