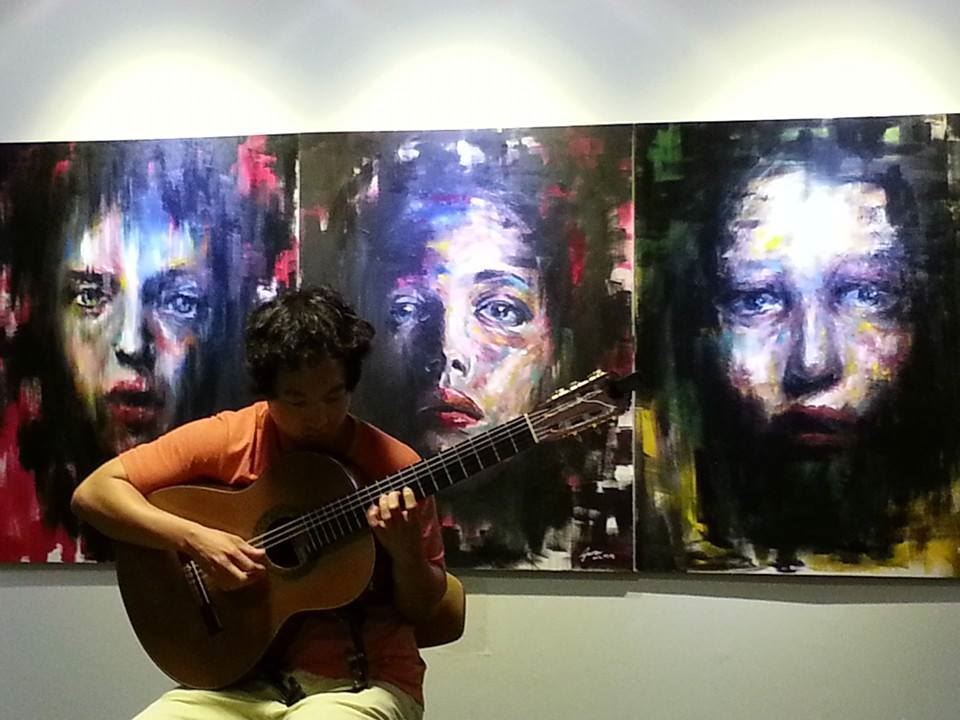 “The lyrical content is entirely based on things I’ve experienced and reflected on since moving to Korea,” he told The Korea Times. “From living in a city and avoiding your ex after a breakup, dating someone with an untreated mental illness, moving on from glorified past friendships, watching your parents grow older in what seems an instant, dating someone who is in the middle of a divorce, sitting back as people tell you what they believe is best for you (musically) and the many facets of the adoptee experience both in Korea and our adoptive countries.”

Born in Korea but adopted overseas to Ontario, Canada, he always felt like he was raised by wolves.

“You grow up with wolves and you think you are a wolf; I always thought I was white,” he said. “My life has mostly felt like a string of coincidences. I could have ended up in several different countries with people who were complete strangers. I remember being a middle school student and feeling like I had to gain control of my own life.”

He didn’t meet other Korean people until he went to university in Victoria, BC. Only then did he start studying Korean and develop an interest in his country of birth. He came to Korea for a week in December 2008 as part of the KBS TV show “3 Days” to search for his birth parents, although his interest was less in tracing his familial origins and more in experiencing living in Korea and learning the language. He returned in 2010 to study language, then moved here permanently in 2012 for work.

“It is a culture shock for Westerners to move to Korea, but for adoptees it is much more amplified,” he said. “First, you are no longer a black goose. Second, everyone expects you to speak Korean. If you do speak Korean well, you will never impress other people with your Korean unless you explain to them your entire life story. Even so, just as you could have never imagined what it would really be like growing up in Korea ― they will never fully understand your experience. Fourth, you experience racism in a backwards kind of way that you are used to because of the mere fact Korea prides itself on one blood.”

Music has also been an important outlet for him.

“Music was always something that had an immediate impact on people, especially in live performance,” he said. “Through writing and performing my own songs I found a way to motivate myself and encourage people to see me in a different light. It is funny because musically, I feel as if I’ve come full circle. I played electric guitar and wrote songs through my adolescence, then studied classical guitar in my early 20s, played drums until turning 30, and here I am writing my own songs again. So, in short, I am trying to draw conclusion to a large portion of my life. I’ve been highly motivated through music and especially the musical influences that fueled the sound of the album.”

He has been active in the local music scene for about five years, playing drums for the Daegu bands Colours, Mountains and Dogstar. As his university major was classical guitar, he sometimes does performances in that style.

For the last year he’s lived in Masan (Changwon, South Gyeongsang Province) for work. And while there’s less of a scene there and he has no bandmates in the city, he’s been using the isolation for songwriting and building his musical resume.

He will be bringing his solo act to HQ Bar in Busan this Saturday, playing a free show along with Seoul post-punk band Rough Cuts and Busan melodic punk band My Golden Age.

“For a long time I felt a little embarrassed about playing in rock venues with backing tracks because it lacks the impact of a live drummer and full band. Now I believe if the songs are compelling then the audience will be moved,” he said. “I’m proud to say that I’ve finally come to a point where I can create a convincing live rock presence as a solo artist.”