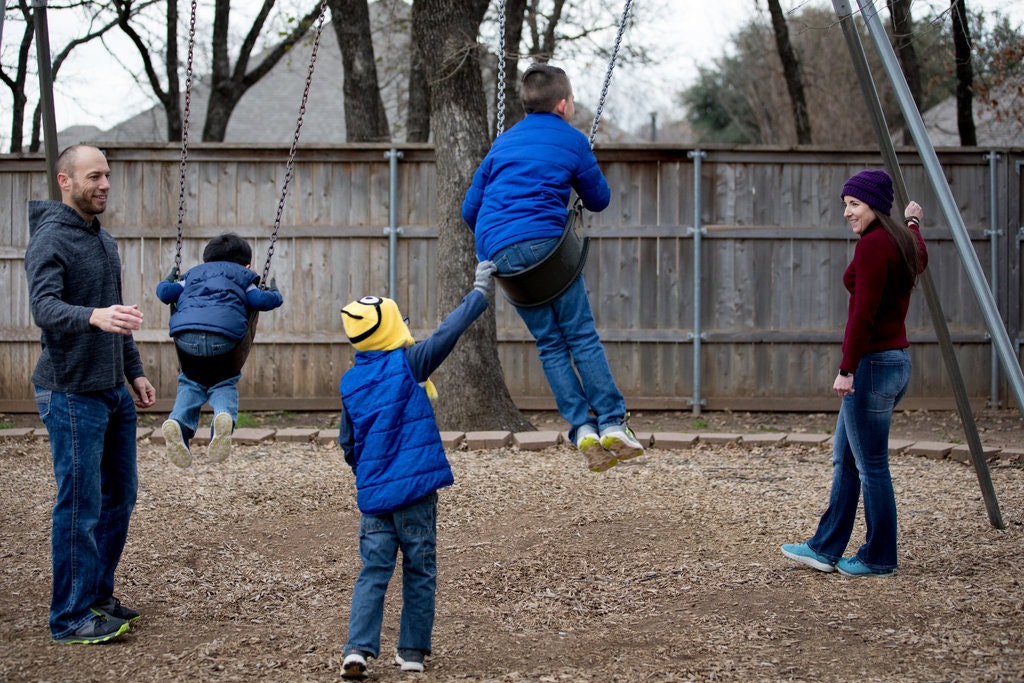 A newborn lands in Texas foster care, removed from her Navajo mother at birth because they both tested positive for methamphetamine.

The time has now come to determine where she will live permanently: with her relatives on the Navajo reservation in Arizona, or with her 3-year-old brother, Zachary, who was adopted from foster care by a non-Native family in Fort Worth.

If a 40-year-old law favoring tribes were to be followed, the decision would be all but predetermined. But the Texas couple, Jennifer and Chad Brackeen, along with three states, are challenging the law itself. As I reported earlier this week, a federal judge has found it unconstitutional, and a ruling from a federal appeals court is pending.

Readers were drawn into the painful questions welling up from the custody battle. How heavily should a child’s culture and heritage weigh in such decisions? What about bonds with a sibling and foster parents? And which system should be given deference: a tribe’s or a state’s?

In the more than 700 comments posted on our site, we heard from adoptive parents and adoptees, Native Americans, foster parents, child welfare workers, and readers intimately familiar with life on tribal lands.

Here is a selection of those comments. They have been lightly edited and condensed for clarity.

Adoptees on what they have lost and gained

Speaking as an American Indian (half Lakota Sioux, one-quarter Gros Ventre) who was adopted at the age of 16 months, I get the long war we Indians are having here, although I get it from my particular perspective.

If I had been raised on the reservation, or within the tribal community, I have a hard time imagining that I would have graduated with degrees from two leading universities and been working in STEM as I do now. I give back to my people because so much was given to me through adoption, more than most people would get in several lifetimes.

One solution might be to open adoption to nontribal members with the requirement that there be some sort of effort to nurture the child’s Indian identity through the age of 12. My adoptive parents did their best to do this; I picked up where they left off, and although my Indian identity isn’t simple, it’s mine.

As an international and transracial adoptee, my heart breaks for Zachary and his sister.

While I have no doubt that the adoptive parents believe that they have good intentions, I cannot help but already feel the loss, anger and confusion Zachary and his sister will have in the future. I, myself, have struggled with the loss of culture that was a direct result of my own adoption.

I was given up to an orphanage in Malaysia, the 11th child born to a desperately poor family; my birth mother had fallen and broken her hip and was not able to care for me. I was blessed — yes, I use the word blessed — to be adopted by the most amazing American family who have given me not only all the educational advantages in the world, but lavished love and security on me as well. I FEEL like they are my true family.

When I was 11, we visited my orphanage, and there was a girl there who had been given up to the orphanage but never adopted (she was missing part of her arm; perhaps she was seen as a “challenge” by potential parents). But I saw that she was loved and appreciated not only by the nuns who ran the orphanage, but also by other orphans/children.

I have missed the opportunity to daily celebrate my Malaysian heritage, but the strength and love given to me by my adoptive parents I can only cherish and treasure for the rest of my life.

Adoptive parents on the challenges and joys they’ve experienced

I’m a white foster dad who has adoptions pending of [three] Native children. While I try to push tribal identity on my kids, one of them told me he just wants to be fully a part of our family, and said he hates being “different,” a.k.a. nonwhite.

I know that I cannot, in any way, give these kids cultural or tribal identity. They will be judged in the world as Native people and yet have no Native identity because they were raised in a white, Anglo-Saxon Protestant environment. I love them with all my heart, but it’s a travesty all around.

I have adopted two children who are Native, and I have dealt with Indian Child Welfare Act issues with both of them. I am mortified by the arguments that both this couple and their attorney are making. It is in the best interest of these Native children to be raised in a Native household, if there is one available to them.

This is a tragedy playing out in the courts that could lead to states returning to destroying Native families and culture in the name of “the best interests of the child,” which can so easily be twisted into being placed with affluent white people, who are used to getting whatever they want, whenever they want it.

We adopted a Native American child many years ago who had been relinquished by both birth parents. Our experience with open adoption has been nothing short of miraculous. We are and have been in constant contact with the birth family, who are our extended family. Our child, now an adult, has grown up with a strong sense of who she is: Native American to the core.

I realize our story is different in that there are no foster care or state issues involved; however, adoption of Native American children is and always will be a complex issue.

I don’t think adoptive parents should be “colorblind,” assuming that race is irrelevant; I embrace aspects of my child’s birth culture. This is the complexity that adoptive parents sign on for (and which, regrettably, this article did not portray). Yet, I strongly disagree with the assumption that kids need to be raised by parents of the same race and/or birth culture. What kids need most is a stable and loving home.

In my son’s birth country, I witnessed instances in which the preference to place kids within the culture had detrimental effects. Kids languished in an orphanage waiting for someone of the “right” ethnicity/nationality to decide to adopt them. There is a lot of complexity that those of us in adoptive families have witnessed and thought about much more deeply than this article or the comments seem to credit.

A sister on what she has learned

My two siblings are adopted, so I am aware that adoption can be beneficial for children who might otherwise suffer in a non-loving home, or in abusive foster care. I used to be very against white families adopting black children, for the same reasons as this article presents. The kids would grow up not seeing themselves reflected in their parents’ faces, nor would the parents be able to understand the world that these kids come from, or would face, based upon their race and ethnicity.

My opinion has softened on this, because at the end of the day, a child raised with love and stability can eventually find their cultural home.