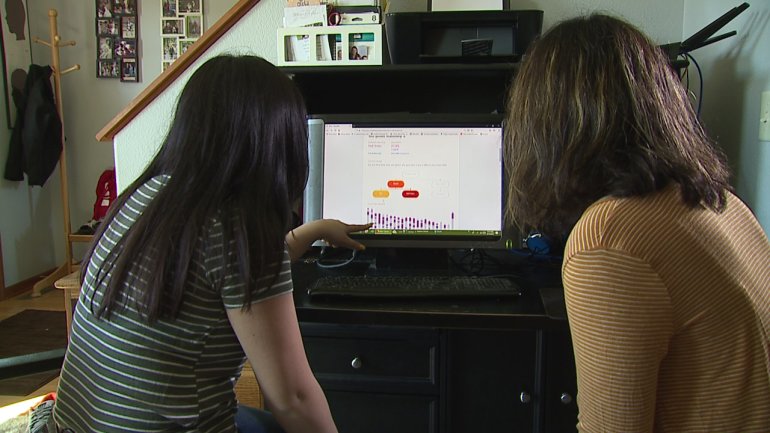 JEFFERSON COUNTY — It’s a meeting that was more than 15 years in the making. Now, one local family is coming together in ways they didn’t know existed after a simple test ended in a sweet surprise.

Even if it weren’t captured on cellphone video, Lydia Culhane and Alina Mayton will never forget the moment they’re playing back.

“I had no idea what was going on,” said said Lydia.

Lydia — who lives in Jefferson county — asked her parents for a DNA kit last Christmas.

“I had such low expectations for this,” said Lydia.

“Nothing really popped up, and it stayed that way for about two years,” said Alina.

After all that time, their lives changed overnight when Lydia’s results were posted.

“I was in tears the first time I saw this because I was in such shock,” said Lydia.

Nearly 600 miles away, Alina received a notification on her account.

“Lydia’s name popped right up at the top for half-sister,” said Alina.

Sisters who met via DNA test

Lydia is 15 years old, and Alina is 16. They were each adopted from Guatemala as babies, and through that DNA test, discovered they have the same biological mother.

“We’ve lived separate live for so long, and now we’re together,” said Lydia. “It’s amazing that I found her.”

After learning the news in December, the girls messaged — then FaceTimed two days later.

Sisters who met via DNA test

“I always felt like there was someone out there,” said Alina.

On Thursday, April 18 they met for the first time when Alina surprised Lydia at school.

“It meant everything to me, because I have two brothers and I’ve always wanted a sister,” said Lydia.

Near or far, the sisters now share an unbreakable bond. They tell FOX6 they hope to travel back to Guatemala together someday.