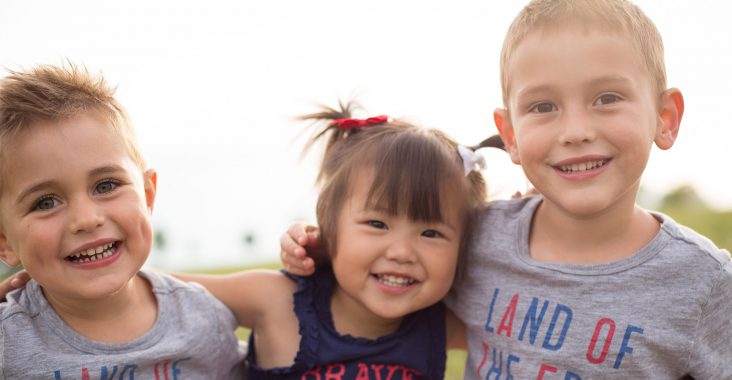 In 1992 the Chinese government passed a law allowing international adoptions of Chinese orphans. A central adoption authority which oversaw the programs and decided on the rules for adoption was set up, and the procedure of adopting Chinese orphans could begin.

Two years later my parents flew across the globe to pick up their adoptive daughter, me. I was five months old and covered in chickenpox. A care-taker and an agent from the adoption agency came to my parent’s hotel and handed me over. From then on, I was a Swedish citizen and a few days later we we’re on the airplane on our way to home. Growing up in Sweden my parents made some attempts of introducing me to the culture where I was adopted from, but I wasn’t all that interested.

I first traveled to China in 2013 to study Mandarin. Upon arrival, I was immediately hit by a culture shock, but I loved it all. However, I soon discovered that telling people where I’m from wasn’t all that easy. When I said I was from Sweden people immediately asked me why I was Asian-looking or assumed that my parents were immigrants from an Asian country. To try to understand why my newfound Chinese friends didn’t seem to grasp the concept of adoption, I did some research and found that the history of adoption in China is a bright one, where orphans find new loving homes, but that there’s also a darker side to it.

In developed countries, the demand for adoption grew quickly, especially in the U.S.. In just a few years China was considered to have one of the top international adoption programs in the world. In 1995, it was estimated that more than 2,500 children were adopted from China and 20 years later in 2005, that number had increased nearly sixfold to 14,500 children.

The reason why it was necessary for China to open for adoption is connected to the one- child policy that was implemented in 1979 due to the government’s fear of overpopulation. U.S. citizens have adopted more Chinese children than any other country in the world. According to the U.S. Department of State, between 1999 and 2017 there had been more than 80,000 children adopted to the US and 90 percent of them are girls.

The reason why baby girls have been in majority of orphan children seems to be connected with old values regarding the sexes. Traditionally boys have been considered more desirable since they are the ones who will grow up and provide for the family’s children and the elderly parents. While girls have been seen like more of a burden that is expected to get married and leave the family. This has been the case in rural China where families are poorer. Therefore, it happened that parents would abandon an infant girl in hopes of having a boy next.

Today, most children who are given away for international adoption have a disability. It’s hard to get a healthcare plan in China and hospital care is very expensive, thus, some poorer families choose to give up their child for adoption.

The social stigma regarding adoption is huge. Parents have often felt that it’s shameful to confess they have given a child away. There’s a fear of being viewed as heartless and irresponsible, it can also be seen as a sign of weakness, not being able to keep the family together. If the child was conceived out of wedlock there is yet another reason to feel shame. Losing face among family and friends is something many wouldn’t risk. In a culture where marriage and having children is such a central part of life, it’s looked down on having to give up your child for adoption. It takes a toll on your social status and there is even a risk of losing one’s job.

There has always been an extra layer of confusion when I explain my background. Most often when I hang out with my other foreign friends I get mistaken for being Chinese. From a language aspect, this is pretty flattering. But other times when people ask me where I’m from it gets complicated. Explaining that my parents are white and that I consider myself being totally and utterly Swedish can be tricky.

The other day I spoke to a friend of mine. She’s Swedish, adopted like me, and studies Mandarin in Guangxi province. She said to me, “I’ve never felt more Swedish than when I’m in China”, and I couldn’t agree more. We both feel like having to always explain how come we are Swedish but not white, makes it very clear to us how deeply connected we are to Swedish culture and way of living.

When telling people I’m adopted the reactions vary. Some respond with sadness saying how sorry they feel for me, that I was taken away from my “real” parents. Others can’t understand why I haven’t gotten in touch with my biological parents or why I haven’t invested my whole life in getting to know my “real” culture and heritage. Another common reaction is making sure I’m still proud of my motherland, and that not being Sweden.

The stigma regarding adoptions in China is slowly easing up. One sign of this is that the national adoptions are increasing. In 2013 as many as 20,000 children were adopted within the country. Although, due to traditional family values still being a big part of modern Chinese culture, there is a significant number of parents who choose to do an informal adoption without the control or consent of the government.

The one-child policy didn’t only cause an increase of baby girls being adopted internationally, it also brought with it three major problems that modern China is still facing today. The first problem is the country’s overall sex ratio. The gap between males and females have made it harder for men to find a female partner in marriage. Another consequence of the policy is the aging population. In China, most often elderly parents rely on their children to care for them when they retire. As there are fewer children to support their parents and many young people choose to move to the bigger cities, senior citizens are concerned about how to get by. A third consequence of the one-child policy is that many births of a second child haven’t been reported to the authorities. These children have a hard time getting into the education system and the labor market. The number of such children is unknown but estimates range from hundreds of thousands to millions.

In 2015 the government announced the ending of the policy and one year later all parents would be allowed to have two children.

It’s been six years since I first came to China. I now live in Beijing and I notice that time and development has changed some of the views regarding adoption. Even though many, especially older citizens don’t seem to understand the concept, the frowns on people’s faces when telling them I’m adopted seem to have become an increasingly rare occurrence.

Even though it can feel somewhat tiresome having to always explain my situation to friends and strangers, I’ll always keep talking about adoption and try to show people that giving away your child for adoption or being adopted is nothing to be ashamed about. Some parents can’t for one reason or another take care of a child, and giving it up for adoption is often done with a hope of giving the child a better life.

For me, being adopted has come with a feeling of enrichment, having not only one, but two cultures to embrace and learn from.