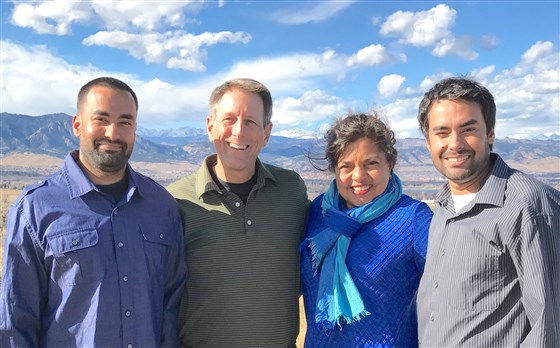 From the moment Mitali Perkins and her husband adopted their twin sons in 1993, they began to notice something: other parents and adults were often excessive in their praise of their decision to adopt the two often-sickly babies from India.

“There are still people who say, ‘You did a beautiful thing. You are a hero,’” Perkins said. “People who are adoptive parents know that they aren’t a hero or a villain. They are just a parent.”

Perkins is just one of the many adoptive parents and adoptees working to change the conversation surrounding international adoptions in the United States. She works to ensure that the voices of the other members of what she calls “the adoption triad” — which consists of the birth mother, the child and the adoptive parents — are heard and respected.

“We’re in this relationship with these other two members of the triad and if we don’t champion their voices, that just seems unjust,” Perkins said.

That changing view of international adoption and how it shaped children like her sons, Timothy and James, was what inspired Perkins to write her latest young adult novel “Forward Me Back To You,” scheduled for release April 2. Her main character, Robin Thornton, was adopted by wealthy Bostonians a few months after his birth in an orphanage in Kolkata, India, and spends his early years feeling like he doesn’t quite fit in with his adoptive family and church community or with the other South Asian kids at his school. When he travels back to India — during a service trip with his church — to volunteer with a group that assists human trafficking survivors, Robin also begins to delve into his past in a meaningful way for the first time by deciding to search for his biological mother.

Since the day she adopted her sons, Perkins said, she has often thought about their birth mother and the decisions that led her to put her children up for adoption. While her sons have said that they are not interested in looking for their biological family, she often thinks about how her family is connected to a woman they will never know.

Through her work and connections with the adoption community, Perkins has met many international adoptees and advocates who say that more has to be done to support the birth mothers and to ensure that the adopted children have the access to the native culture and language that were automatically taken from them.

“When we were adopting, there weren’t really adult adoptees expressing that very strong opinion that they had no volition, no choice or no say in the matter,” she said.

“It is painful to hear that,” Perkins added. “You adore these kids, and to recognize that it started with loss and trauma and that maybe it is not the best thing for everyone is tough to say, because it’s the biggest thing in your life.”

Given all of that, Perkins views “Forward Me Back to You” as the hardest of her 12 books to write because Robin’s story reflected the story of her sons in so many ways. “My husband is a pastor but he never talks about it from the pulpit because it is their story, it is not about us,” she said.

Both Perkins’ now-26-year-old sons read early drafts of the book and she frequently checked in with them to make sure they were comfortable that she was writing about an Indian adoptee.

“But they just kept saying ‘We trust you, Mom,’” Perkins said. “I think that’s why I really stepped up. They had this intense trust in me and I wanted to live up to that.”

And ultimately, it’s a message of hope that Perkins wanted her readers — both adopted and non-adopted — to take away from the book.