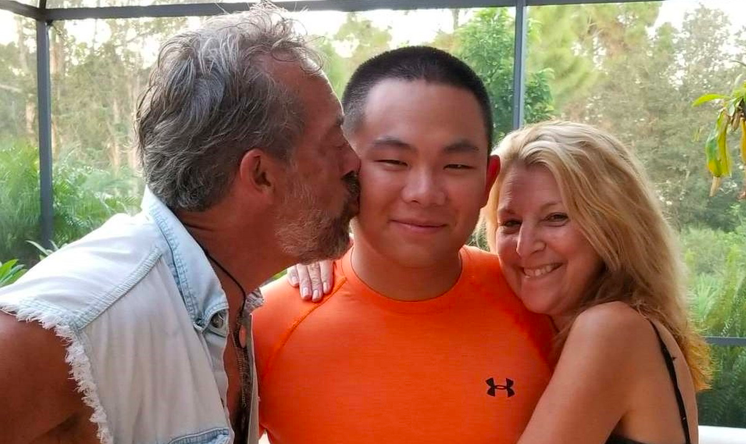 An airman at Joint Base Andrews in Maryland was found dead of an apparent self-inflicted gunshot wound Saturday night, his family said.

Andrews confirmed that Senior Airman XinHua Mesenburg died Saturday, but said the circumstances of his death are still being investigated. The Air Force Office of Special Investigations and the Fairfax County Police Department in Virginia are conducting a joint investigation, Master Sgt. Jacob Richmond, spokesman for the 11th Wing at Andrews, said in an email. He was found dead in his home in Alexandria, Virginia.

Mesenburg’s father, Mitch. posted an emotional message on Facebook Sunday in which he said his 25-year-old son texted a note to his parents Saturday night. Mitch and his wife, Shannon, immediately called 911 and repeatedly tried to call their son, but were unable to reach him, the post said.

Mesenburg was a response force leader assigned to the 11th Security Forces Squadron. He joined the Air Force in March 2014, and arrived at Andrews in November 2014.

Mitch Mesenburg said in the post that his son “had an infectious laugh and fun disposition,” and loved to play games.

“When he hugged you, he would not let go until you did first,” Mitch wrote.

When asked if he wanted to comment further, Mitch Mesenburg told Air Force Times it was too soon to speak about his son, but he gave permission to quote from his Facebook post and share the family’s photograph.

Mesenburg, who was originally from China, was adopted and brought to the United States when he was 8 years old, his father said. He didn’t speak any English, but Mitch said they soon found a way to bridge the language barrier.

As soon as he could speak English, he began tearing through books, Mitch said. XinHua frequently read five to 10 books a week, most often weighty science fiction tomes. His father said he was also a skilled tennis player.

Mitch Mesenburg said that after his son’s recent deployment to Qatar, he spoke to his parents about making a career out of the military. He said he loved the Air Force, was eagerly awaiting his next deployment, and hoped to enter the intelligence career field.

“XinHua seemed to have the world by the tail and was ready for more,” Mitch said.

Mesenburg asked that in lieu of flowers, mourners donate to a veterans organization that works to prevent suicide.