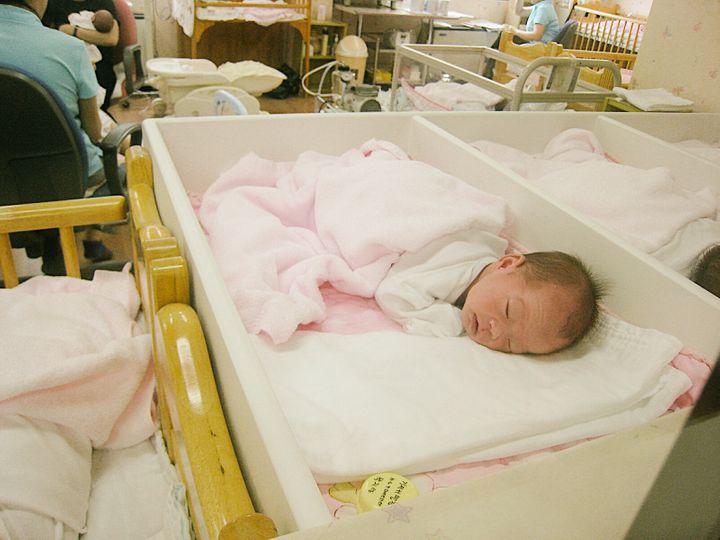 Although anti-abortion activists don’t know me personally, they use my story in their arguments ― rewriting it to paint me as one of the “unwanted” children “saved” by adoption. People often conflate adoption and abortion as opposite sides of the same coin, despite research that shows women, for the most part, do not choose abortion instead of adoption.

Just one example: Conservative commentator Candace Owens tweeted recently, “Special shout out to the millions of people in the world that have either been adopted or gone through the foster care system. Must have been a tough week watching liberals tell you that your life is worthless and that you should have been murdered.”

With the latest attacks on reproductive rights, I’ve become an unwitting pawn in this political chess game ― a prop for anti-abortion activists.

When they learn that I do not share their views, abortion opponents often ask, “Would you rather have been aborted?” While I’m certainly glad to be alive, the search for my birth family and what I learned after finding them only reinforced my commitment to fight for women’s right to choose.

I will admit that there were times growing up, not knowing the story of my adoption, that I often thought of myself as unwanted. Not surprising, given that the language of adoption typically consists of phrases like “given up” or “abandoned.”

While visiting South Korea as part of a leadership conference in 2008, I decided to make a stop at my adoption agency, Eastern Social Welfare Society. A social worker took me on a tour of the facilities and then sat down with me to read through my file. My parents had been given a brief summary of my adoption story ― the names of my birth mother and birth father. I knew already that my birth father had caused a traffic accident while driving a cab and couldn’t work, so money was scarce. But the social worker had an unabridged version of my history. I learned, for the first time, that I had two older biological sisters who may or may not have known I existed. That day at the agency, I decided to start the official birth family search process.

For five years, I searched. The adoption agency sent telegrams to the last address on file for my birth mother. I went on a Korean public television show to share my story in the hope of someone recognizing me. I began to wonder if my birth family simply didn’t want to know about me. Maybe the family had moved on and forgotten about me. Those labels that had haunted me for so many years resurfaced. Unwanted. Abandoned. Given up.

After a final attempt to reach them before my wedding, a brave social worker went against the agency’s protocol and contacted my biological sister directly. On Sept. 2, 2013, I received an email from the social worker. She had located my birth family, and they were happy I had found them.

My birth mother had written me a letter:

After you were born and I was alone holding you,

in that short time, I wanted to hold you until I died.

Her words moved me to tears. I had never been unwanted.

Two months later, I visited my family in Korea and learned more. My birth mother was born into a patriarchal society and was married to a controlling, abusive and cheating husband who did not want another daughter. Upon learning my gender, he coerced my birth mother to relinquish me for adoption, insisting that I would have a happier life. She had a son (my younger brother) next, and my birth father was satisfied. But my birth mother was so traumatized by the experience of my birth and adoption that she terminated the rest of her pregnancies. When faced again with the painstaking choice, abortion seemed the more bearable option.

According to a study published in the multidisciplinary academic journal PLOS ONE, 95% of women who have had abortions do not regret the decision to terminate their pregnancies. After my birth father died, my birth mother ― who referred to herself as a “badly-born person” in her letter ― tried to find me. But since he had handled all the original adoption paperwork, agencies wouldn’t help her.

Even after meeting me and having received confirmation that I did, indeed, live a happy life, my birth mother’s shame was overwhelming and palpable. During the week I stayed with them in Korea, she couldn’t bring herself to look me in the eye. Almost daily, she would say, “Mi ahn hae.” I’m sorry.

Do I wish she had aborted me instead? That is not a fair question to ask of anyone, and yet people feel empowered to ask it of adoptees. I wish a lot of things for my birth mother. I wish she had married a kinder man or had the financial security and societal support to leave him when he abused her and my sisters. I wish adoption had truly been her decision rather than his preference. I wish she hadn’t lived so many years with crippling guilt. I wish that post-adoption services were more resourceful, so it wouldn’t have taken so long to find her and assuage some of that guilt.

People promoting adoption as an alternative or solution to abortion should stop to consider the problems within the adoption industry itself. What might we learn if the voices of adoptees and birth mothers were listened to with the same compassionate tenacity as infertile couples or straight white men? And please stop referring to adoptees and children in foster care as “unwanted,” because it is a stigma that follows us for a lifetime, affecting our mental wellness and ability to form healthy relationships.

The point is not whether I’m “grateful” my birth mother didn’t abort me; it is that she deserved to make her own choice. My existence was not for me to decide, nor was I entitled to be here. Nevertheless, I am here. And I have a voice. It is my choice now what to do with it.