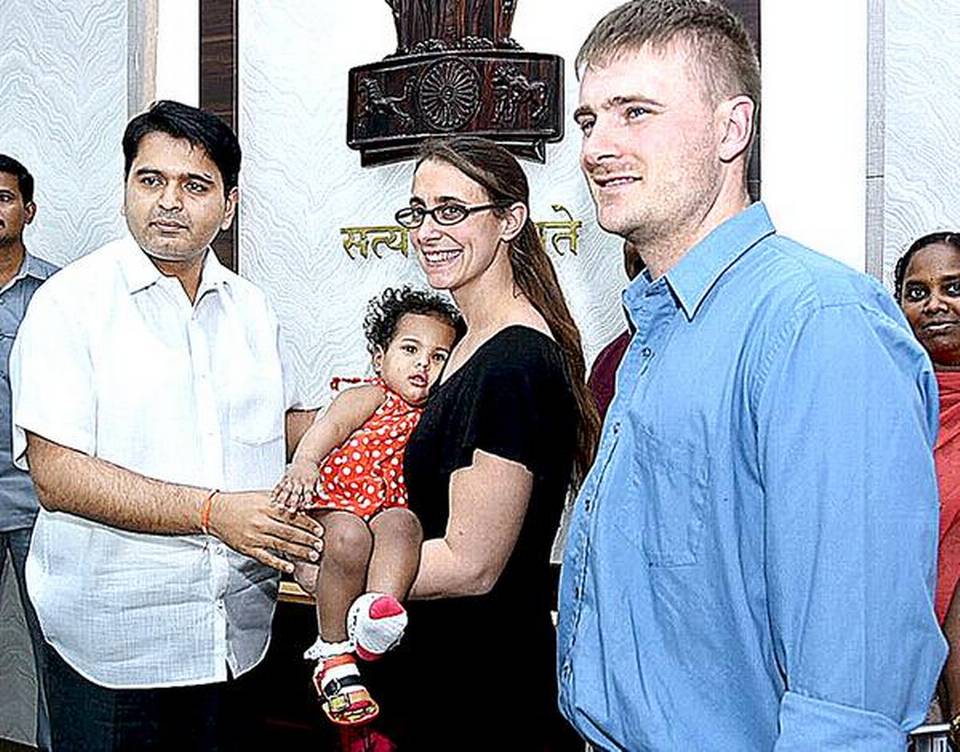 Aruna, a 21-month-old girl, is soon leaving the ‘Sishu Gruha’ here as a new life awaits her in the United States. Joshua Obholz and his wife Emili from North Dakota have adopted her after completing the procedure for the inter-country adoption.

Same is the case with four-month-old Sanjana who has recently joined her new adoptive parents Nataraj and Vishnu Priya from Chennai in Tamil Nadu.

According to the ‘Shishu Gruha’ officials, Aruna is the third child from the premises to leave for the U.S. in the last three months, after Sanjay and Sachin who are now enjoying all the love and care of their adoptive parents in a family environment abroad. Interestingly, the formalities are nearing completion for one more girl who would soon leave for a foreign country soon.

“The hassle-free inter-country adoption procedure has turned out to be boon for the ‘Sishu Gruha’ children,” the officials said, adding that there are eight more children taking shelter in the government-run care centre now.

“We are happy that these children are going to lead a comfortable life abroad and get the education of their choice,” Women and Child Welfare Department Assistant Project Director P. Manemma, who is also the in-charge for adoptions, told The Hindu, as the ‘Sishu Gruha’ staffers gave a warm send-off to Aruna and Sanjana, on Tuesday.

East Godavari Collector Kartikeya Misra handed over Aruna to her adoptive parents at a programme here.

Attributing the credit for the rise in the number of adoptions to transparency and hassle-free procedure, Ms. Manemma explained: “The entire process of adoption has been made computerised. Prospective parents can now see the photos of the infants on the CARA’s website. There is no scope for human intervention and pushing forward certain cases.”

Child rights activist and former Chairman of the Child Welfare Committee Sivanath Yandamoori, said the number of infants taking shelter in the ‘Sishu Gruha’ here was higher than that of many other districts. Exuding confidence over the safeguards involved in the inter-country adoption procedure, Mr. Sivanath said there was no need of worrying about the infants who left for foreign countries, as the laws there were stringent.