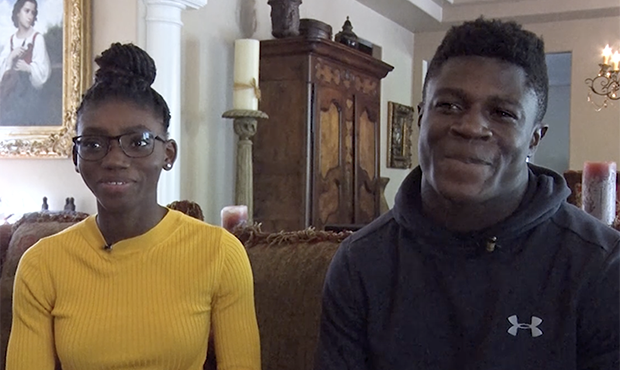 PHOENIX – Craig and Kathi Juntunen retired in 1998, leaving their successful consulting firm to live a life spent mostly on the golf course and ski slopes.

“We were living a … very privileged life that we were lucky enough to stumble onto,” Craig Juntunen said.

While golfing one day, he had a conversation with a friend who had adopted a child from Haiti. Craig became fascinated with two ideas: “What does the poorest country in the Western Hemisphere really look like? What does that mean? … And the other thing was this adoption thing. What would that be like?”

So he headed to Haiti, where about 80 percent of the rural population lives in poverty, according to the World Bank. He fell in love with three siblings there – Amelec, Espie and Quinn.

A year later, in 2006, the Juntunens became parents for the first time, adopting the three. Kathi recalls how stunned the children were when they saw the lights in the city because they had come from a village with no electricity.

That experience inspired the couple in November 2006 to launch Chances for Children, a foundation for Haitian orphans. More than 400,000 children live without parental care, according to the nonprofit, although other humanitarian groups give different numbers.

Chances for Children works with local groups to provide both basic needs and ongoing support, according to the nonprofit.

“I’m super proud of my parents and what they’ve done. Not a whole lot of people can do that,” Espie said.