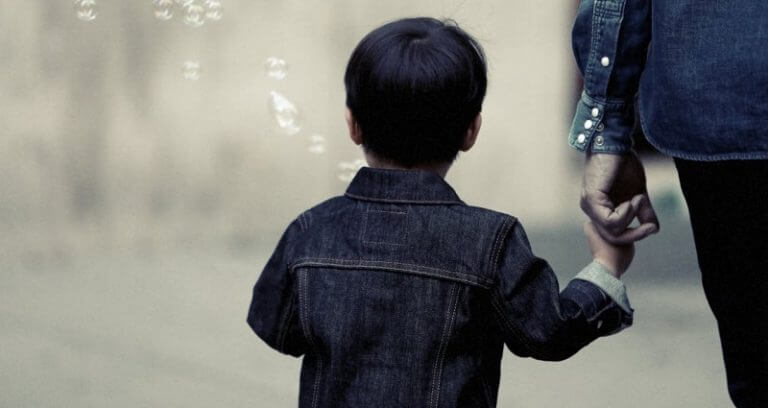 It’s so common for children to grow up hearing horribly insensitive things said about them, and there’s so much that these kids will miss out on when not being raised in their native culture.

That’s what one Redditor believed, trying his best to ensure his Asian child grew up with a strong understanding of his heritage — unfortunately, it didn’t work out the way he had intended. In a now-deleted TIFU (Today I F*cked Up) Reddit post, he penned an essay about how he and his wife (mis)managed their adopted Asian son’s cultural upbringing.

“Well, I suppose this f*ck up has happened today, and has been happening everyday for the past seventeen years,” he began.

He and his wife, making the decision to expand their family, chose to adopt a child. “About seventeen years ago my wife and I adopted a baby from an Asian American family.”

“While we knew very little details, basically what happened with them is that we learned they were too young for children. I made very little inquiries as (they seemed embarrassed/I didn’t want to pry). I was just excited to have a son and couldn’t have cared less about the parent’s history, besides their current and future well being. So as long as they were healthy and willing to gift me with their child, I really did not go too much into their histories.”

“This was my major f*ck up,” he said in regard to not asking much about the family’s history.

He went into detail about why they decided to adopt transracially. “My wife and I choose to adopt this baby because we felt for the parents and anyone that has been through the adoption process knows that it is much easier to get a non-white baby than it is to get a white one (which is fucked up IMO) and we wanted one NOW and didn’t want to be on a wait list.”

He reiterated how much they loved their child right from the beginning. “Anyway, we adopt this beautiful, loving, affectionate and incredible baby. It’s truly love at first sight for all of us.”

However, they realized they couldn’t give him everything they felt he needed with their love alone. “Around about eight months we start to feel a little bit of guilt about not raising him in his on ethnic culture and given that we live in an area with a major Chinese population, it would be very easy to introduce him to his roots.”

They decided they would do everything in their power to foster a strong Chinese identity. “So for the next seventeen years we do everything we can to honor his ethnicity. We send him to Chinese language courses and by five he’s fluent in Mandarin and English, he gets an ‘adopted’ by a Chinese aunt and uncle (they taught him cultural things and celebrate certain holidays and take him for dim sum every couple of weeks). We’ve been taking him to China every two years since he was eight.”

He stressed that they had no intentions of making him feel different or unwelcome in their home. “We weren’t trying to force him to take up his culture as an ‘other’ in our family, but we didn’t want to rob him of it or completely whitewash him either. We try and be PC as possible and we thought we were doing the right thing.”

Everything they did was purely out of love for their son. “He’s the best thing that has ever happened to me and my wife. There is not a day were I don’t just look at him and smile warmly. I love him.”

After seventeen years, the time had come for their son to apply to colleges. “We are filling out his college apps/financial aid applications and doing that whole thing. I go to my home office and go through some files and find his old adoption records. I’m not really paying much attention to them and then his biological parents surnames pop out and basically punch me in the face.”

For the first time in seventeen years, he realized he and his wife had made a devastatingly serious mistake. “His parent’s last names were PARK AND KIM.”

He went on to explain the gravity of the situation. “For those of you that do not know, those are Korean last names. My son is not Chinese. Not even a little bit.

He was baffled by this discovery and even further perplexed as to how he didn’t realize his son’s true heritage sooner. “I suppose I just assumed it because we live in an area on the west coast where there are a lot of Chinese immigrants and Chinese-Americans have been living for generations and generations. I don’t always assume every Asian is Chinese, but I did assume this for my son.”

Of course, that didn’t change the reality of the situation. “Now I have a seventeen year old Korean son that thinks he’s Chinese. Now that I look at him, he looks INCREDIBLY Korean in comparison to all of the photos of Korean men that I have just googled. Very square jaw, less hooded eyes, very broad build.”

He was at a complete loss, feeling angry at himself for such an oversight. “None of this ever crossed my mind. I’ve dedicated nearly two decades to helping my son be close to roots that aren’t even his. I realize that I’ve just been f*cking up. I feel like a complete asshole to the nth degree. I’m that dumb liberal white dickhead. F*ck.”

As for what he intended to do with this information? “I have yet to disclose this to my son or wife.”

“I honestly don’t even know if I will.”