In the final installation of interviews from The First Gathering of Korean Adult Adoptees, we heard from Amy Drapeau Olson who was in Group 5, one of two groups of adoptees who were in their 20s back in 1999. 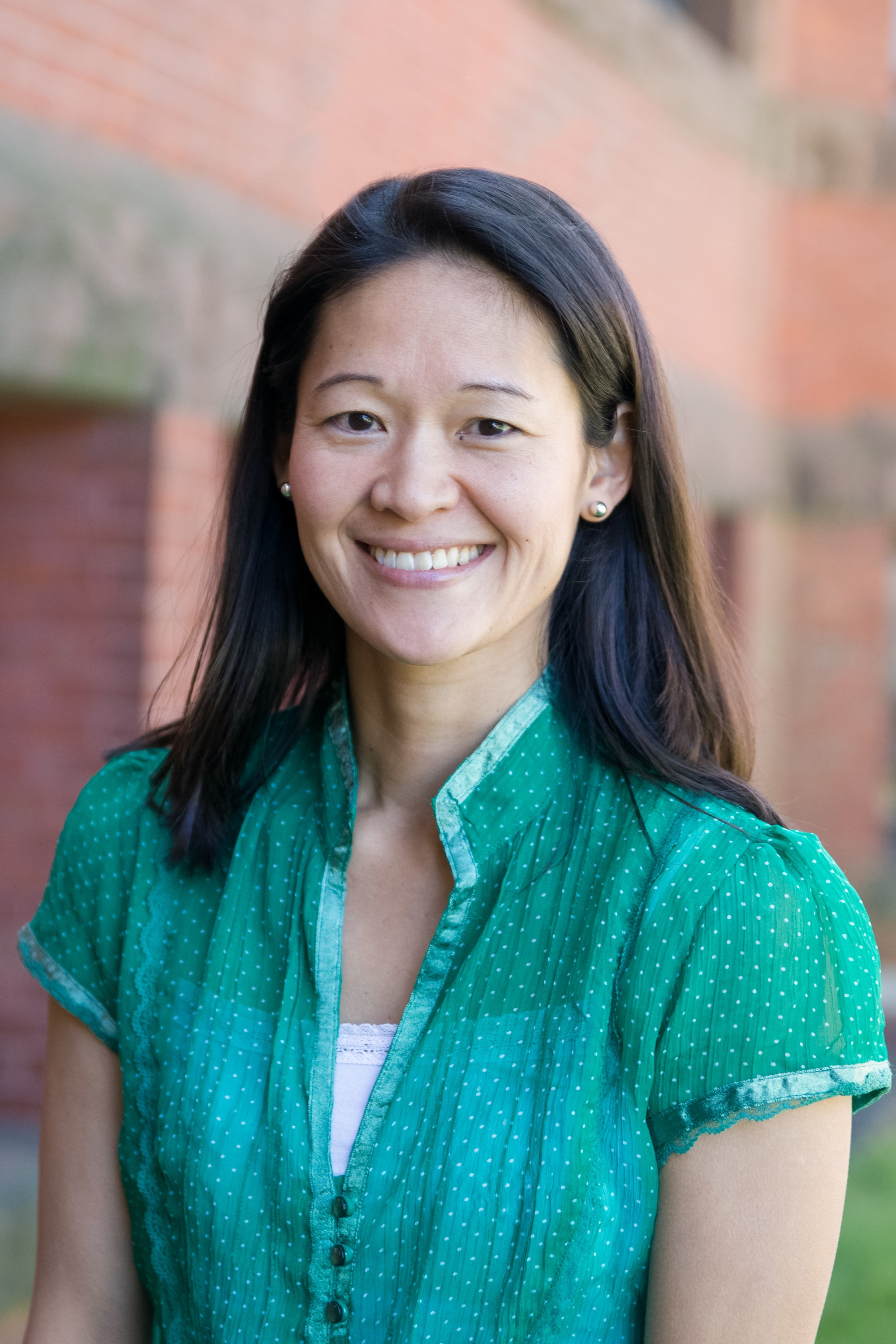 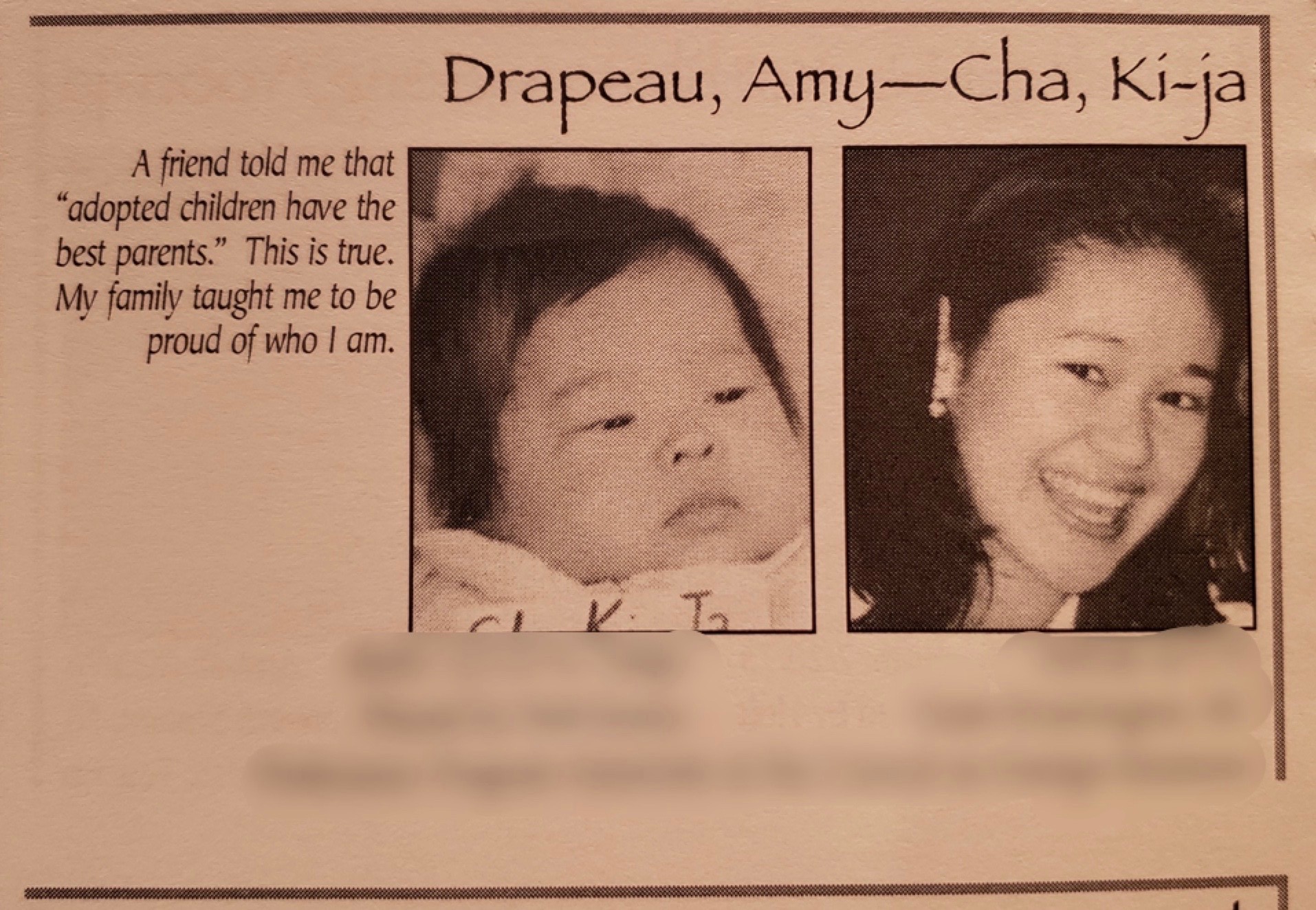 I typically say that I am Korean and was adopted as a baby.

I was adopted through Holt from White Lily Orphanage in Taegu, South Korea. I was just about six months old when I came to the U.S. on June 7, 1975. The orphanage was run by the Sisters of St. Paul of Chartres; however, today, it is a montessori school. (The school and grounds are really beautiful!)

I grew up in Enfield, CT with my parents and my older brother. I live in Lebanon, N.H., with my husband Tim and two young boys.

I work as a senior media relations officer in the Office of Communications at Dartmouth College in Hanover, N.H. I field press inquiries and conduct outreach to the media about faculty research and expertise, institutional projects and other news.

I learned about The Gathering through Holt. I thought it would be a great way to engage with Holt and other Korean adoptees since I hadn’t really been involved with the organization in quite some time. In 1996 right after I graduated from college and before graduate school, I went to South Korea for six months to teach English as a Second Language at a public middle school in Ulsan; during that time, I volunteered at the Holt community in Ilsan. I had also been involved with Holt when I was younger, as I had been a camp counselor and camper at Holt’s Heritage Camp in the 80’s in Johnsonburg, New Jersey.

The Gathering was a unique opportunity to reconnect with Holt and meet other Korean adoptees. It was a neat way to engage part of my identity that I don’t necessarily always think about.

I think that my views towards adoption have remained consistent throughout my life: my parents raised me to be proud of who I am and to be thankful for everything that I have. This includes being thankful for my family and for being adopted.

Once I became a mom, I became even more grateful for being adopted, as I can only imagine how difficult it must have been for my birth mother to make the decision to give me up for adoption.

Are there any thoughts you have about the adoptee community then and/or now?

I appreciate the adoptee community and hope that adoptees can be there for each other, as everyone has their own set of experiences that shapes who they are as a person.

I wish the media would cover more of the positive adoption experiences that people have.

The best part of being an adoptee is that I have two families: my family that raised me and my Korean family. I am very lucky as I found my Korean family (my birth mother and my four older siblings) in 2018. Last summer, I spent a week with them and am saving money to go back either next year or the following year with my husband and two sons.

I can’t think of anything except that I wish that I had found my Korean family earlier, as my Korean father died of cancer in 1996 before I had the chance to meet him.

My Korean language skills are pretty limited (something which I need to work on!) but I try to teach my kids Korean words and simple expressions like “Kap-shi-da,” which means “let’s go!” Since it’s summer, we’ve been eating a lot of “su-bak” or “watermelon.” We also eat Korean food when we can.

The next time I go to Korea, this will be my third time visiting my motherland. I will be going with my husband and two boys, and will experience what it’s like to visit the country for the first time through their eyes. We will visit my birth family (my birth mother, great aunt, older brothers and older sister and their families). We will also do lots of sightseeing and will go to Gyeong-ju (aka Kyong-ju), and will visit the graves of my birth father and grandparents in the countryside.