We hear from Jim Milroy, Group II participant next.  Oftentimes the dominant voice in adoption is female, as more female babies and children were adopted internationally.  IAMAdoptee is grateful for Jim’s contribution not just to get the male perspective, but because he has a narrative that seems timeless.  He speaks from both the micro and macro level in the adoptee community with wisdom, urgency and kindness. 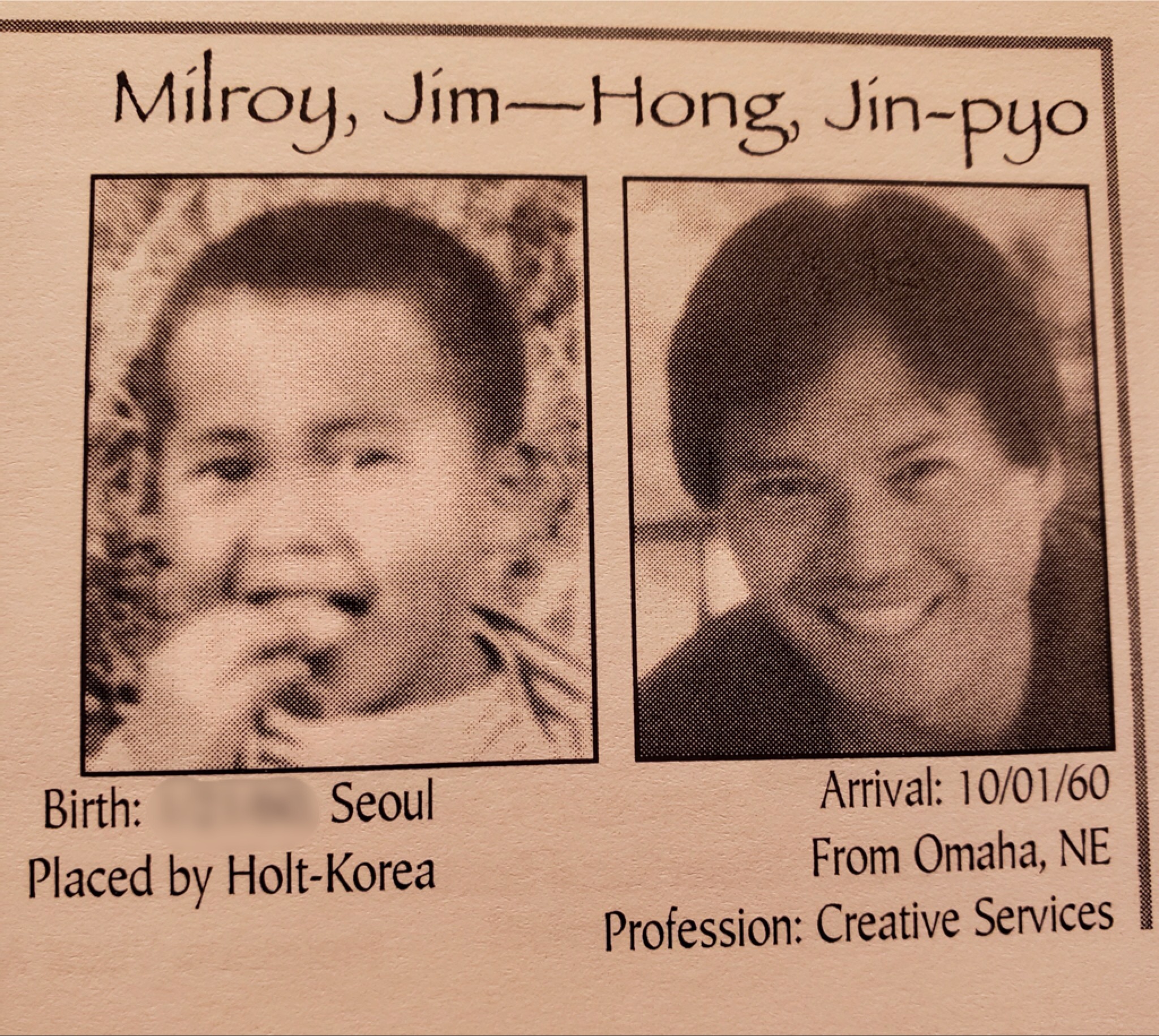 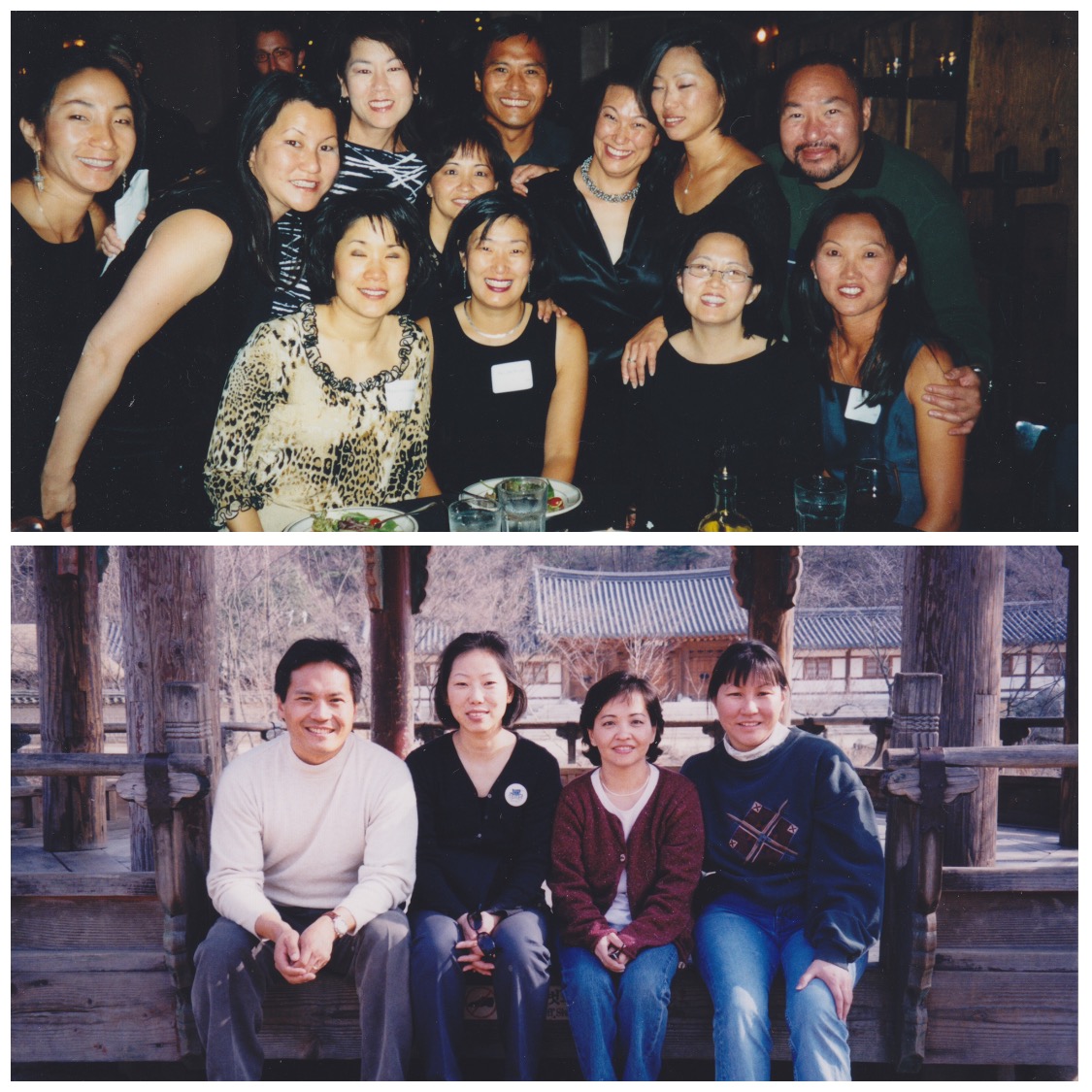 Would you share if you know information or remember any aspects of the life you lived before adoption?

I grew up in the Twin Cities of Minnesota, and went to High School/College in South Dakota. I currently reside in Omaha, Nebraska.

I was involved with Holt at Summer camps and went on a Trip to Korea with Holt employees..and such and knew several people and the ones who organized the event. I had met several adoptees and knew of the special bond. The Gathering enabled us to finally get together with people our own age and discover we were never alone..just lonely. That was my expectation. It exceeded my expectations by a million miles.

Many memories. Most lasting is when you meet someone for the first time who has never really talked with someone just like us, who is your same age. The Gathering started with a view from the agency (Holt) and well-intentioned parents and social workers. The magic of the event was that we, as adults, took it upon ourselves to make it our event on our terms. Eventually many of us held our own events.

Yes..I am still close to many of the people I met in DC, camps and subsequent events.

For the most part they are the same. I am not disappointed by any means in my adoption. Like any parenting, it’s the luck of the draw and I got very lucky. This country’s attitude towards immigration and religion has not come as a shock to me, as I have seen this all my life.  I think those are the two vital components of early adoption from Korea, versus fertility today. But when adoptees hear others told to “go back where you came from” it’s time to take action and use our complex experiences to defend others. I’d like to hear the adoption community voice on these issues.

I am reminded of my adoption when I am with my siblings, and not my children. Adoption is extremely personal and not shared with anyone other than like-minded adoptees. It does not play a factor in my daily life, or raising my children. I am proud to be who I am, and that is in large part to my personal adoption experience. My non-Korean siblings empathize with me, but do not fully understand what we witness. The irony is that growing up I felt it would have been much better to have been white in the world I lived. In today’s world I am grateful that I did not grow up to become a big fat white male.

The community needs to take a stance against Trump and all the filth he stands for.. or suffer the consequences of becoming like the silent American Jews during WW2. The video that circulated of the Korean adoptee beaten by his white southern family should be required viewing by ALL potential adoptive parents. When I shared it with my sibling they had no idea. Had I been adopted by some of my cousins..I would have had the same experience. I have always maintained we need to have a gather of adoptive siblings. They too were passive in the adoption decision. Racism-hidden and overt within the Korean adoptive family should be topic numero uno.

There is no best or worst part in my mind. I think that is how our parents should look at the process, but not us. We are their gift..just like our children. It’s that view that separates the person who abandons, adopts and is adopted.

Not knowing anything about my birth family, or why I was abandoned.

Not that I am aware of.

Will take my kids.