We heard from one of the spouses, Paul Sacco, who also was the reporter for this group back in 99. 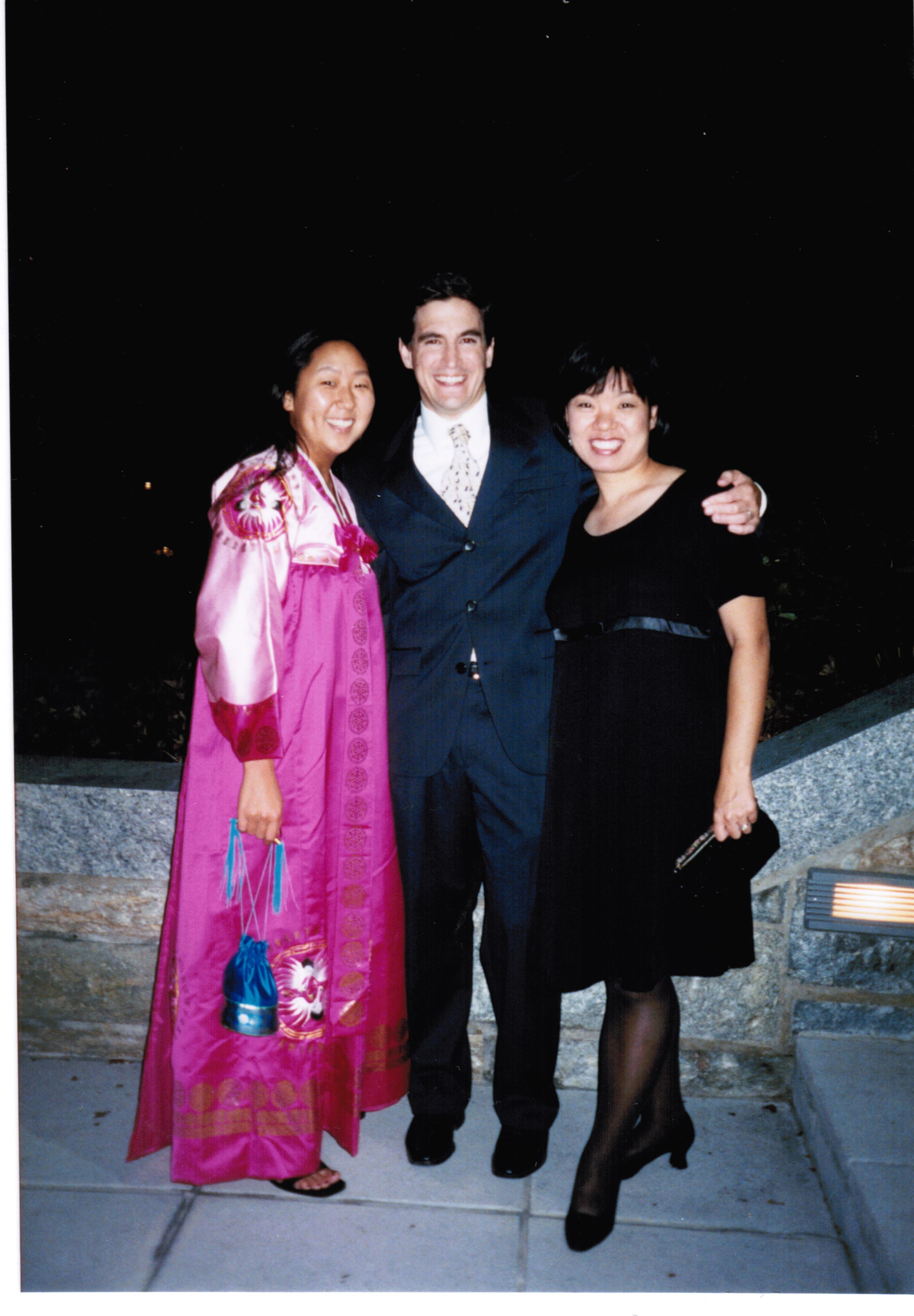 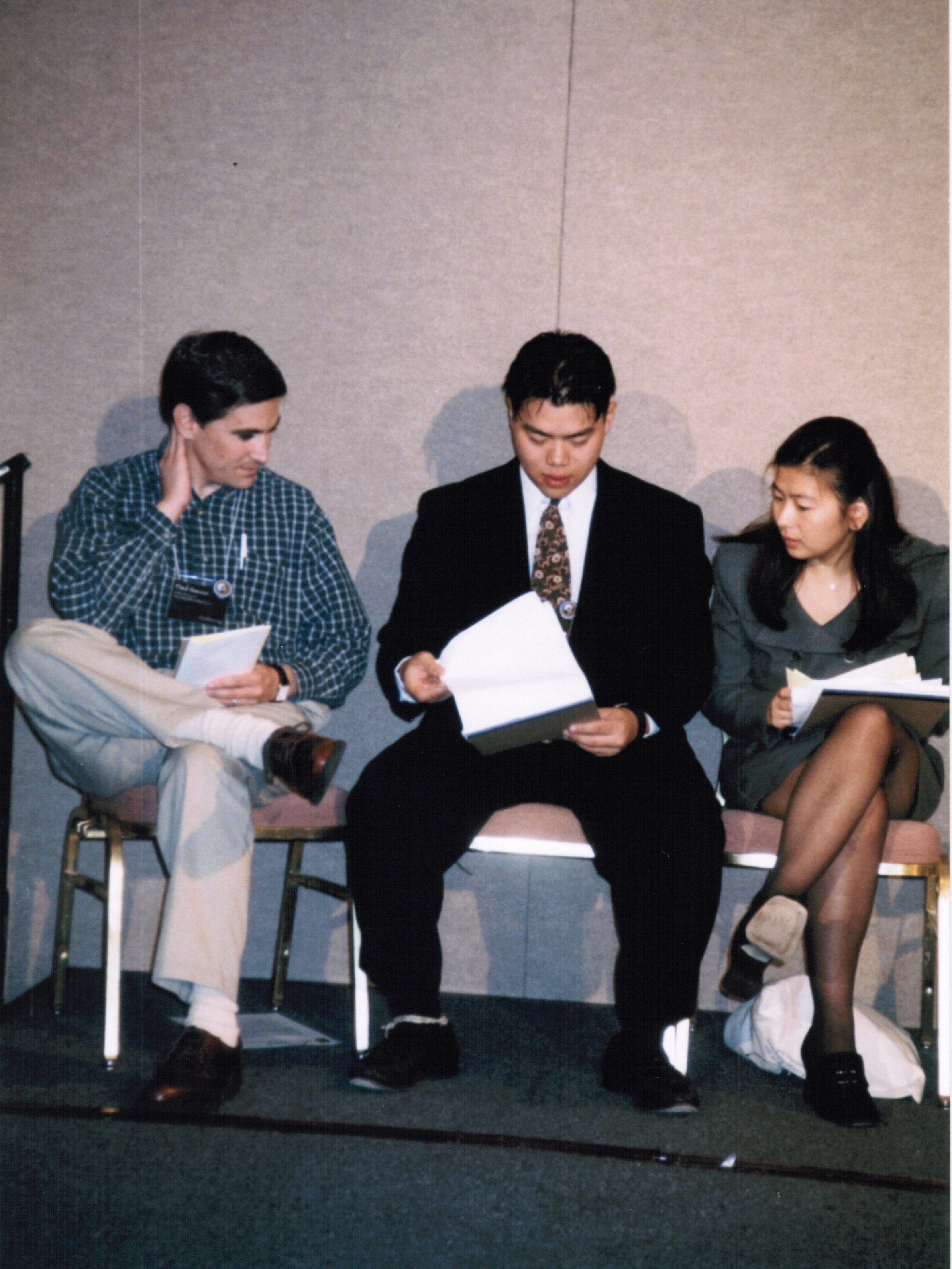 How do you identify yourself? White Male Cisgender Straight (Old;)?)

I learned about it from my wife, and I was happy to go to support her. I had few expectations as I thought that it was unprecedented.

I was on a spousal panel and we all laughed about stereotypes about Asian women and subservience.

As a spouse/partner, what was your perspective on other spouses and partners at The Gathering?

I think that it was an early foray for my wife into the adult adoptee world.

How have your thoughts about adoption changed or evolved over the last 20 years?

I am probably a bit more critical of the practice overall. I still believe that adoption and intercountry adoption are important, but recognize the inherent ethical complexities.

I have found that being adopted and the way I privilege that part of myself has ebbed somewhat as I have gotten older with other aspects of self being more important, like being a parent.  Where does being adoption fit into your life these days?

As a spouse, are there any thoughts you have about the adoptee community then and/or now?

Over the years I have come to appreciate how similar the adoptee community is to other communities of interest (e.g. people who share a certain background or avocation). The emerging role of identity politics in adoption intrigues me. Pardon the term. Having met some older adoptees, I am struck by the generational differences in the framing of adoption.

As a spouse/partner, is there a conversation in adoption you would like to have more of?

I have no specific want per se.

I appreciate the socialization (just hanging out) that occurred at the first Gathering. Sure, there were talks etc., but I also liked the unstructured time chatting with other couples.

How salient an issue was/is adoption in your relationship with your spouse/partner?

I think adoption was salient in that I don’t think I would have met or dated my wife if she was not adopted. I did not have a strong connection to the Korean community and was not familiar with the culture. In some ways my spouse’s White suburban background meant shared experience.

In the present, I think that my social network is less White because of my spouse. I think her network was more diverse and marrying her has led mine to be more diverse as well. Having mixed race children, I definitely think more about that as well.

What is the best part of being in a relationship with an adoptee?

Probably the food. There is nothing hard or best about being married to my spouse because she is an adoptee. Instead, being an adoptee has shaped her as an individual. I can’t say exactly in what ways though. As with any relationship, there are joys and challenges, but impossible to say what of all those things is specifically related to adoption.

What is the hardest part of being in a relationship with an adoptee?

I am not sure “daily”, but mostly the food and the art. We have Korean arts and crafts in our house.

Want to spend more time in one place living there and getting to know people. Our first trip was about search and our second trip was a tour for our children. I would love to just be there for a longer period.