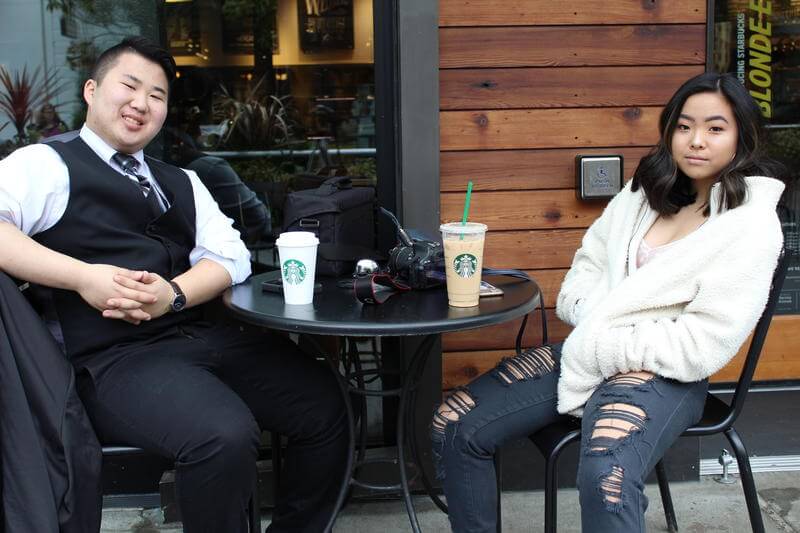 I’ve always known I was adopted because I have white parents.

In school, people talked about what traits they got from each of their parents: their eyes from their mom, their hair from their dad, their personality a mix of both. I envied them.

When I was five months old, I left Seoul, South Korea, flew across the ocean, and landed at Sea-Tac Airport. I went straight into the loving arms of my new parents.

Being adopted is complicated.

I got a second chance at life, but I also feel like I’m stuck between two worlds: Korea and America.

One of my favorite Disney movies is “Hercules.” In the movie, Hercules is also stuck between two worlds. He’s the son of a god, but he’s trapped on earth trying to figure out who he is.

To help you understand what I mean, let me tell you about my middle school years at Mattson Middle School in Covington, Washington, where most of my classmates were white.

Once other kids found out I was adopted, a few would make jokes like, “two whites don’t make a Wong.” Or since I had wider eyes, they would ask if I saw the world in widescreen.

A kid even told me that my birth parents gave me up because they didn’t want me.

That was a fear I’d always had myself. Was I unplanned? Was I meant to happen? Was I put up for adoption because I was a mistake?

Then there were the stereotypes that come with being Asian:

You must know Kung Fu.

You probably have a tiger mom.

You must be a math genius.

In high school, I took Algebra 3/4, which I thought would be easy.

Homework? Nope. Not for me. I’ve got this.

Failed a test? It doesn’t bother me. I know I’ll pass the next one because math is easy for Asians, right?

I ended the year with a D.

If all Asians were good at math, then why did I fail?

I tried to fit the stereotypes because I thought that’s what people wanted of me. But I hate math, so why pretend?

I started to realize that in a mostly white school, I would never fit in. Everyone saw me as Asian, but on the inside, I felt completely white. Maybe if I was around other Asians, I’d feel more Asian. Maybe I’d fit in. The author (left) and his sister as kids.
CREDIT KUOW PHOTO/BRIAN FREELAND

In 2015, my family flew to Korea. On the flight over, I had to explain to the stewardess that my sister and I, both Korean adoptees, don’t speak Korean.

I felt like I could hear her thoughts: “They look Korean, so why can’t they speak Korean?”

Feeling like an outsider in America, I thought Korea would make me feel like I belonged. I thought that since I looked like everyone else, I’d fit in. But I didn’t speak the language, didn’t understand the culture, and didn’t have Korean mannerisms.

Throughout my childhood, my parents enrolled me in a summer camp for Korean adoptees where we would learn a little Korean, eat delicious Korean food, and learn the very important skill of how to use chopsticks. But I only went one week out of the year, so it was hard to make genuine friendships.

I was never completely comfortable, partly because I was so insecure, but also because we were teenagers, and just being a teenager was difficult enough.

Recently, I was told about another community called Asian Adult Adoptees of Washington.

My hope is that these older adoptees who have more life experience can help me discover who I am, both as a person and as an adoptee.

If this were a perfect world, I’d have a close-knit group of friends who are also adoptees. People who know what I’ve been through. I wouldn’t feel the need to explain why I don’t look like my parents.

In a perfect world, I’d feel more comfortable and confident, knowing who I am as an adoptee, knowing where I come from, and having the closure I need.

I don’t want adoption to be stigmatized. I want it to be celebrated.