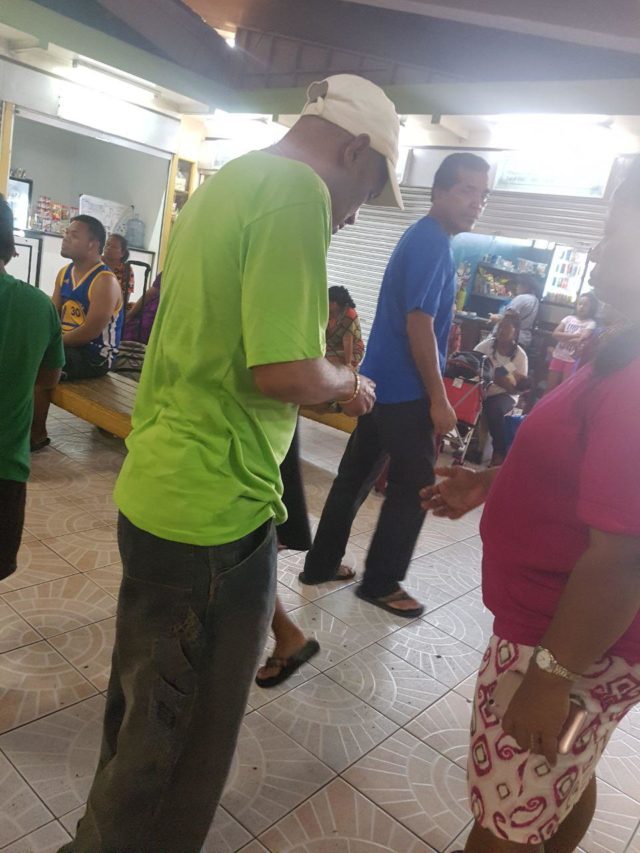 In its toughest criminal action to date to slow a thriving adoption pipeline to the U.S., the Republic of the Marshall Islands has charged a well-known adoption fixer with human trafficking, a potential 15 years prison sentence.

The case centers on a January 2018 incident in which the fixer, Justin Aine, was stopped at the airport in Majuro, the Marshallese capital, just before boarding a plane to the U.S. with two women, one pregnant and the other with a month-old infant in a stroller.

“Black Market Babies,” a Civil Beat investigation published in November, found that Aine has worked with at least two U.S. attorneys to facilitate adoptions of Marshallese children. The court documents in this case do not name any lawyers.

Two Marshallese women alleged to have helped Aine were charged with aiding and abetting human trafficking, with a potential sentence of seven years.

Immigration officials had received a tip that Aine would be transporting women to the U.S. to give up their children for adoptions, contrary to Marshall Islands law, which requires all international adoptions to be done through a central authority.

According to the charges filed earlier this month — first reported in the Marshall Islands Journal — the woman with the infant, Susan Koraja, admitted that she had been promised $10,000 to give up her child to a U.S. couple she didn’t know.

The Civil Beat series showed how Marshallese women in the grips of desperate poverty can find it hard to resist offers of a new start in the U.S. in return for giving up a child for adoption. They often believe they will continue to have contact with their children, the custom in the Marshall Islands where informal “child sharing” has been practiced for generations. But there are no legal guarantees that they will ever see them again. 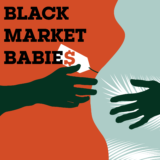 Two decades ago, lurid stories of Marshallese women being exploited in adoptions led to a series of reforms, including a ban on soliciting pregnant mothers and the creation of a central authority to oversee all international adoptions. The Compact of Free Association, a treaty between the U.S. and the Marshall Islands, was amended to require pregnant women intending to give up a child for adoption in the U.S. to first obtain a visa. Most Marshallese can travel freely to the U.S.

Despite the reforms, Civil Beat found that a handful of U.S. lawyers have been arranging for pregnant Marshallese women to fly to the U.S., where they are kept in houses overseen by fixers until they give birth. Some start new lives in the U.S, while others return to the Marshall Islands.

The case filed this month provides a rare glimpse into the shadowy world of Marshallese adoptions, where most records are confidential.

Koraja told authorities that she was first approached when she was seven months pregnant by one of the women working with Aine, Aiti Anidreb. Anidreb introduced her to another woman, Sally Abon. The three would travel to Abon’s house to talk about the possibility of Koraja giving up her child for adoption.

The women tried to get documents and fill out paperwork to allow Koraja to travel to the U.S. while she was still pregnant, but ran out of time, Koraja told authorities. After she gave birth, the women came to the hospital with baby clothes and continued to encourage her to give up her child, she said.

Koraja was promised not just $10,000, but also help paying for school for her other children. Aine also said he would arrange for her family to move to the U.S., court documents say.

Koraja said that she felt “harassed.” When she said she didn’t want to go through with the adoption, the two women working with Aine said that Aine would be angry that he had spent time and money on her case for nothing. Aine arrived in the Marshall Islands a little more than a week before they were scheduled to fly back to the U.S.

Despite Koraja’s misgivings, on Jan. 19, 2018, she got into a cab to the airport with Aine and a pregnant women named Telma Namto, also traveling with Aine to the U.S. It would have been the first time Koraja had left the Marshall Islands.

Koraja said she tried to get the cab to stop at her husband’s workplace, but it sped on. The husband, Toreo Thomas, had refused to give his permission for the adoption, he later told authorities. When he returned from work and heard from his family that his wife had gone to the airport, he said, he couldn’t follow because he lacked the cab fare.

When Koraja was questioned by immigration authorities at the airport, she at first said she was going to visit a sister in Arkansas, but later admitted she was planning to give up her child for adoption to strangers. 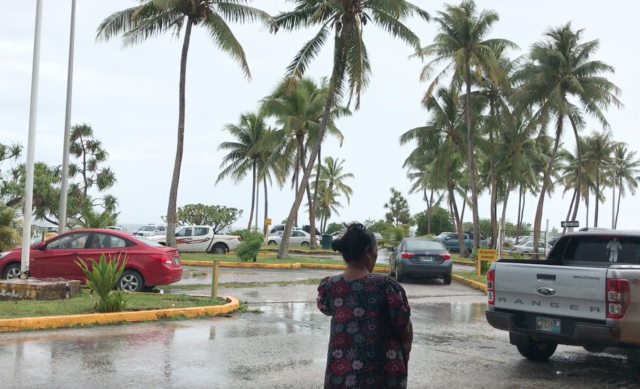 In an interview with Civil Beat last year, Aine told a much different story. Koraja’s sister, he said, approached him in Arkansas, where he lives, after she had heard he was traveling to the Marshall Islands. She asked him to help her sister Susan come to Arkansas so that she could raise the newborn herself, he said. Aine said the sister asked him if he could cover the airfare until she could pay him back.

But when he arrived in the Marshall Islands, Aine said, Susan Koraja told him she had decided to give up her baby for adoption to others.

“I said, ‘You know, that’s your baby, that’s your life’,” Aine said. He said he started helping her get a passport.

Koraja said that two days after the airport intervention, Aine and the two women visited her at her home and told her she would go to jail if she cooperated with the authorities. A short time later, Aine departed for the U.S.

All three defendants were ordered to appear in court on March 20, but only Anidreb showed up. She was released on her own recognizance. Another hearing has been scheduled for April 12.

The case appears to be the first of its kind. In the early 2000s, the Marshall Islands filed charges against a woman for soliciting a mother to give up her child for adoption, but the case fizzled when prosecutors failed to subpoena key witnesses to testify.

In another case, a Utah woman who ran an agency focusing on Marshallese adoptions pleaded guilty in 2011 to one count of aiding and abetting the improper entry of an alien. She got five years’ probation.

The human trafficking charge in this case carries a far heavier penalty than solicitation, which all three defendants also are charged with.

One attorney who has frequently employed Aine as a fixer is Vaughn Cordes. The Arkansas attorney told Civil Beat that he only does adoptions involving Marshallese women already in the U.S., which is legal.

In January, however, a Kentucky couple sued Cordes. Travis and Kristina Partin alleged that when an adoption arranged by Cordes fell through, he told them “that there was a pregnant lady in the Marshall Islands due to deliver a baby boy in December of 2017 that he could fly in for an adoption.”

The Partins didn’t go for it, deciding that the deal didn’t “pass the smell test,” according to their attorney.

In his response to the lawsuit, Cordes denied offering to fly in a new birth mother from the Marshalls. He also disclosed Aine’s extensive involvement in his adoption practice, stating that the fixer had been involved in 150 “successful adoptions” as a contractor.

Cordes also has said that Aine works for other adoption attorneys besides him.

After Civil Beat sent Cordes a number of questions about his adoption procedures last year, he demanded that reporters stop contacting him.

The new case illustrates another aspect of recent Marshallese adoptions. Koraja had done an earlier adoption through the Central Adoption Authority, the Marshall Islands agency designated by law to oversee all international adoptions. The number of adoptions done through the CAA has dwindled in recent years, as more pregnant women choose the seemingly more lucrative option of a black market adoption.