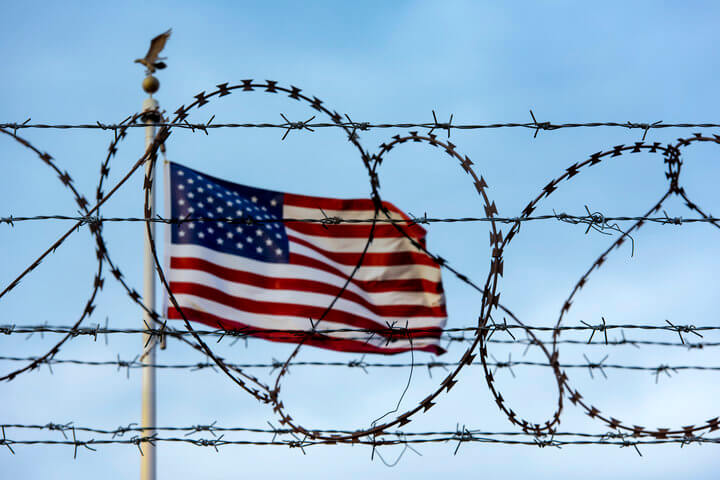 As the family separation policy unfolds on the United States’ borders and our news feeds fill with photos and recordings of anguished infants and toddlers crying out for their parents, there is a slice of the American public for whom the reaction goes beyond mere gut-gripping loathing: those of us whose children were born in other countries and became naturalized U.S. citizens when we adopted them.

We, for the most part, are freaking out.

We connect to this story on multiple levels: Some of us fear that our children’s countries of birth ― China, Korea, Russia ― will cross paths with President Donald Trump’s ire and he will smite them down, taking our children with them. We are acutely aware of how the United States rounded up its citizens of Japanese descent and put them in prison camps not so long ago. It was executive order 9066, and it remains a horrific reminder of what mass hysteria and prejudice can do.

Still others of us who parent once-orphaned children have seen firsthand what abandonment can do to a child. We watch how our own children suffer as they try to process what they experienced as infants and toddlers.

This story has crept into all our lives. And while Trump has said he plans to sign an order to stop the family separation policy, we are still holding our collective breath as we wait to learn what lurks around the corner in Trump’s America.

Tina Ocheltree of Washington state, mother to two children adopted from China, chose to pass on a free trip to Mexico that she had won after Trump took office. “I’m terrified they would confiscate our boys’ COC [Certificate of Citizenship] and paperwork,” she wrote in response to a HuffPost callout on Facebook. They are going to Canada instead, and will bring copies of her sons’ adoption records just in case. “I can’t believe how stressed I am about it,” she wrote. “This is not my country.”

Jennie Drage Bowser wrote that she has plane tickets to China in November, but “it’s not at all clear right now whether or not we’ll go. If we do, we’ll carry copies of all [her daughter’s] documentation of U.S. citizenship for sure.”

Bowser said she’s more concerned about the “trauma being inflicted on these children in Trump’s detention center.”

“My family lives every day with the long-term effects of this kind of trauma,” she wrote. “My daughter was taken from her parents at birth and spent 16 months in an orphanage. At the age of 11.5 years, she is still suffering from the effects of those 16 months, and there is absolutely no certainty that she will ever fully recover and lead a ‘normal’ life.”

“It is horrifying to me that this same fate is being inflicted upon thousands of innocent children in my name,” she went on. “I am furious and sad, and feel helpless to do anything to change it. It is a tragedy happening before our eyes.”

Amy Herren of New York City said she is “terrified.” She blames herself for bringing her African daughter to the United States. “We brought [her] into a country that was never safe for black and brown people. We thought we could keep her safe and we can’t. I feel ashamed of my arrogance.” Herren wrote a blog post for HuffPost when Trump was a presidential candidate after her Ethiopian daughter, then 14, asked whether Trump would send her back to Africa.

Wendy Cushing, a teacher, has a 14-year-old daughter adopted from Thailand and a 26-year-old adopted from the Philippines. Her elder daughter, Cushing said, lives in Brooklyn and carries her passport with her at all times just in case she is stopped and her citizenship challenged.

As for my family, while I want to believe that I’ve made my own two children adopted from China bulletproof in terms of their U.S. citizenship, I know there’s no way I can completely protect them from American xenophobia. So, for now, I ― like so many other parents and families ― will watch, wait and hope.