Q: Can you lend your expertise on a few scenarios that might be particular to the international adoptee community as it pertains to attachment and family? Scenario 1: There are a lot of college students, young adult adoptees, who were very abruptly forced to change their routine. College is a time for developing a sense of an independent identity. Now most of them have been forced to move back home and are grappling with this huge adjustment.

Also [it can be difficult] if there’s a sense of trauma around having to return to live with an adoptive family because maybe trauma was present in some way before or maybe they weren’t close with their adoptive family and found a set of friends they were close with. Having to move back with family, being able to acknowledge that loss of the support systems and then really making it a priority to reconnect with those, virtually or whatever that might look like. I think it can be really easy for us to get in that mode of feeling like we were independent and had our own lives and social groups and, if that doesn’t continue, to be sensitive to feeling rejected by that potentially. So being able to be the one to feel empowered to reach out and create those connections and make them continue, that’ll be really important too because being around those people helps you remember who you were becoming.

[We have to] remind ourselves that this is temporary. So even being able to write down or take videos of yourself talking about the progress you’ve made or areas where you felt proud or like you accomplished something, being able to remind yourself of those things is important so it doesn’t just feel like all that progress has gone away. Really being able to use that internal locus of control, that even though I can’t control what’s going on around me, I can still control the skills or abilities that I’m choosing to develop within myself.

Being able to recognize that self-preservation is really important too. So if you’re in a situation of living with people that you don’t necessarily feel emotionally safe with or comfortable with, it’s ok to take time away, not isolating in a negative way but isolating out of self-preservation and that’s perfectly ok.

Also creating structure that really helps you feel productive or goal oriented, especially, for instance if you were in college and had to move back home, being able to still think about your college plan. Maybe it just looks a little bit different now. Maybe you’re researching professions or looking ahead at future class descriptions to figure out what you might want to take in coming years, being able to plan out your academic career with the time that you may not have had to do that before. Even though goals may have shifted, there can still be goals present and things you’re working towards to feel that sense of accomplishment and return to that sense of independence.

Chaitra: That might exacerbate that sense of isolation. There can be a lot of loneliness or depression or anxiety or hopelessness. A lot of more distressing feelings might come up. I think if we can use this time to really figure out who we feel connected to and who we might be able to depend on more, that’s important. So whether that means connecting with friends or adoptee groups or even social media groups that are filled with adoptees and run by adoptees, that’s helpful. For people who may not be as comfortable with that, maybe reading blogs or watching documentaries by adoptees just to feel that sense of connection and bring some of those lived experiences a sense of validation. Because typically when I think of people who are not very connected to their adoptive parents [it’s] usually because some part of their adoption experience has been denied, so I think having that be something that’s more the focus and being validated is going to be key.

I think [it’s important to] really allow space for grief each day over the things that have been lost or the people that they’re missing. Sometimes what can happen is that adoptees that weren’t that close with family before, being isolated now, even though physically it might not be different than what they were experiencing if they were already pretty cutoff from their adoptive family, it’s still a situation where [you’re] being forced to be alone can enhance some of those feelings or exacerbate them. Being able to recognize the grief of the family you wish you would’ve had is really important. Allowing space for that grief each day and creating some sort of transition from that time to feel empowered and feel like you have a sense of control to manage those emotions without being overwhelmed or being flooded. One activity I have a lot of my clients do is they’ll write down some of their disappointments or fears or things they’re grieving and then they destroy it, either they erase it off the whiteboard, or if it’s paper they might scribble it out or crumple it or tear is or light it on fire or flush it down the toilet. It’s a way to acknowledge the distress that’s there and then take power over it to not let it overwhelm you, to feel like you can manage it and separate it from you when you need to. That’s a really helpful thing to do with the grief in many ways.

Also just have a list of things you’re curious about or interested in that you can pursue. Maybe there wasn’t time before and now there’s time. It can be silly things, like I’ve always wanted to learn about comets or sharks [laughs], or I’ve always wanted to watch this documentary. Being able to take the time to go down the rabbit hole to learn about those things where there may not have been time to do that before [is helpful]. Having a list of those things, it feels easier to go and do that task without having to try and think of something in the moment. Ideally make it a point to reach out to at least one person a day, if you have a support system, to feel that connection.

Q: Can you lend your expertise on a few scenarios that might be particular to the international adoptee community as it pertains to attachment and family? Scenario 3: There are adoptees who are caring for their aging adoptive parents, either in home or from afar, and have to figure out logistics to continue their care.

Chaitra: Along similar lines to the last two [scenarios], acknowledge that this is abnormally hard. There’s a lot of overwhelm. This is a really big demand that we’re putting on people. So I encourage people to set realistic goals and prioritize what those needs are, not only for themselves but for the people around them too, and be willing to let some of those things go. Not every meal needs to be home cooked or not every thank you note needs to be written, or whatever it might be. It’s ok to let some of those things go.

On a more logistical note about that, I think it’s important to admit the fears you might have around losing a parent or grieving their loss. Talk with them about what their end of life plans are just so it doesn’t feel so overwhelming. You’ve got some idea of the basic foundation of what should happen, where the important paperwork is or what steps need to be taken, where to find that information just so that there’s something in place. Even though it sounds like it would be a really morbid discussion, there’s usually a lot of relief that comes from knowing there’s a plan in place so if you’re grieving you’re not having to figure it all out.

•   Acknowledge the loss of independence, freedom, individuality, and all that came with being in a higher education setting.

•   Especially if there’s trauma surrounding your adoptive family, ensure that you stay connected with friends and groups from other circles like your college or university.

•   Remember this is temporary. It may help to remind yourself of the progress you’ve made.

•   Remain goal-oriented by creating structure and realizing that although much has changed, goals can still be set, albeit slightly differently.

•   Loneliness, hopelessness, and other similar emotions are common in isolation. Make sure you connect in any way you can with friends and adoptee groups.

•   Allow space for grief over the family you wish you had or how the situation could be different. Then empower yourself to move on from that grief.

•   Create a list of interests or projects that you’ve always wanted to learn about or do that you may not have had time for prior to this, even if it’s something silly or simple. Then go through your list and do some of those things.

•   Acknowledge that this is an abnormally difficult time. Set realistic expectations for yourself.

•   Speak with your parents or loved ones about end of life care. Although it may be a difficult conversation, it can relieve a lot of stress about potential logistics. 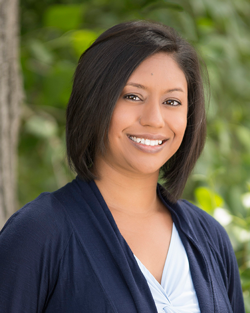 Dr. Chaitra Wirta-Leiker provides support from her unique “trifecta perspective” as a licensed psychologist, transracial adoptee, and adoptive parent specializing in adoption, trauma, attachment, and racial identity work through her private practice in Denver, Colorado. She is a frequent speaker and trainer at adoption agencies, camps and conferences throughout the U.S., and is the author of “The Adoptee Self-Reflection Journal,” as well as the creator of the National Adoptee-Therapist Directory. Learn more about the services and educational resources she offers at www.growbeyondwords.com.

Emma, Contributor, is an editor for IAMAdoptee. She enjoys art, music, sports, traveling, and bubble tea. She was adopted from Hunan province in 1995. Emma has returned to China a few times and has been attempting to learn Mandarin for many years.