#IAMonemillion is an ongoing project to find creative ways to get to know the nearly one million international adopees worldwide.  Every story is unique.  What better way to express our individuality among such a large community than by sharing them one at a time?

We had a chance to connect with Kassaye, adopted from Ethiopia and co-creator of the podcast “Out of the Fog”: 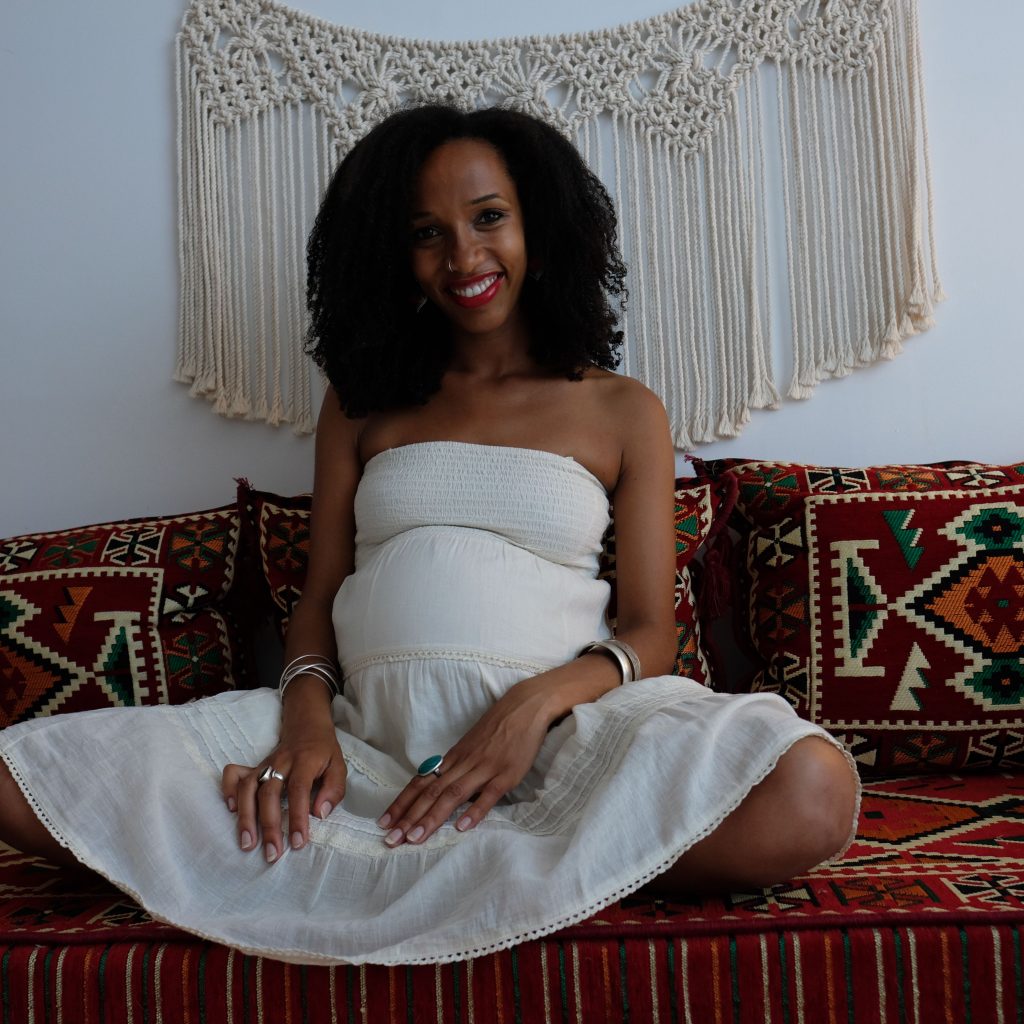 How do you identify yourself?
For pronouns, I use she and her because I am a cis-gendered woman. In terms of ethnicity, background and experience, I refer to myself as Ethiopian, Black, African person raised in the West.

Where you were adopted from, when and if you want to share any aspect of your life before adoption?
I was born in Northern Ethiopia in late 1985 or early 1986. The exact place and date is unknown to me.

Where did you grow up?
I grew up in the Eastern Townships (Abenaki territory) of Quebec but have lived in Tiohtià:ke, which is also unceded Indigenous territory colonially known as Montreal for the past 15 years.

What is your profession?
Currently a new mom, the rest is TBA!

I came to know a little about you from your podcast, “Out of The Fog,” what was the conversation you wanted to have in adoption that you were not hearing?
We wanted to bring more awareness to the political nature of family separation such as, (the idea) that adoption is about power and privilege and how this intersects with race, class, education and access to resources and supportive communities.

Is there a particular episode or guest that helps best exemplify this awareness?
I think every episode speaks to these issues to varying degrees. In terms of getting a glimpse into some of the experiences of mothers of adoption loss, I would listen to Episode 2 on Forgotten Mothers, however I think people should tune into whatever episode they feel attracted to or interested in.

Did doing the podcast change any of your perceptions of adoption, your own story or offer a new thought about adoption?
I learned so much about adoption through doing the podcast. For me, the biggest takeaway was how family (of origin) members, specifically mothers and fathers of adoption loss need to be listened to and supported more. I think there is more work around creating stronger ties with communities of family members of adoption loss as they continue to be very marginalized in the adoption conversation.

Are you doing anything adoption related now that the podcast is no longer?
I am mostly focusing on other things, however we are slowly working on finishing the anthology by Ethiopian adoptees, but we do not have a publication date yet. Another TBA!

What do you wish people would know about adoption that gets little air time?
That no matter what peoples’ experiences of adoption is, it is inherently based on economic inequality. Wealthy people do not “give up” their children – it is usually poor women who don’t have access to various forms of birth control or who do not have the means to care for their children. Knowing this, I think acknowledging the loss, pain and suffering of mothers (and other family members) is really crucial for our own healing journey and for theirs.

You’re a first time mom now, congratulations!  How has being adopted impacted your current understanding of motherhood?
I am still unpacking this, perhaps I will write about it in the future when I have a clearer understanding that I can articulate. At the moment, what I can say is this; I think mothers are all doing their best – we really learn as we go and our actions, choices, decisions come from our own experiences, conditioning, traumas, victories or accomplishments. I think being a mother really forces you to rethink and negotiate many things in life, so one of the most helpful things is having compassion for oneself, so that you can have compassion for others.

What’s the best part of being Ethiopian Canadian?
Quite frankly, for me it is about freedom. There are so many benefits to being a Canadian citizen, just having a passport that allows me to travel anywhere on the planet and come home to a stable country with an extremely diverse population and very good social policies is truly the best thing. For instance, paid maternity leave in Quebec is 12 months!

What is one way you honor either or both these cultural identities?
I don’t really identify culturally as Canadian since Canada is made up of so many peoples and cultures. We have Indigenous peoples whose cultures we may not even be aware of, but whose land we live on. That said, I feel influenced by all the cultures and languages I’ve been raised with or grown up or lived around which are: English, French, Spanish and Amharic. I love languages and culture, so I can say that I honor all these cultures and languages in different ways – whether it is through conversation, travel or food. I’m also part of a group of Ethiopian women (many of them mothers), where every month we get together to share a meal or do activities. I don’t really speak Amharic yet, but being in an Amharic environment definitely helps me improve my vocabulary. One of my goals is for my son and I to have functional spoken/written Amharic!