Over the last 20+ years, the spotlight on international adoption shined brightest on the thousands of mostly female children adopted from China.  Notwithstanding the many memoirs and articles written by adoptive parents of their daughters from China, there are so many reasons for this particular interest – China’s One-Child Policy, the country’s radical approach to gender selection, US-China political and industrial relations, the West and her longstanding fascination with Chinese culture.  What will happen to the babies adopted from China?

No longer babies, the growing adulthood of Chinese adoptees and how they will impact the adoption community has been a curiosity.  In recent years, FCC (Families with Children from China), an adoptive parent-created organization, is working through the transition of creating space for adoptee leadership.  Another is China’s Children International (CCI), where the adopted person’s voice is privileged.  Recently, CCI published its first online magazine and it is gorgeous!

IAMAdoptee is thrilled to connect with founding members and creators of CCI and its publication. 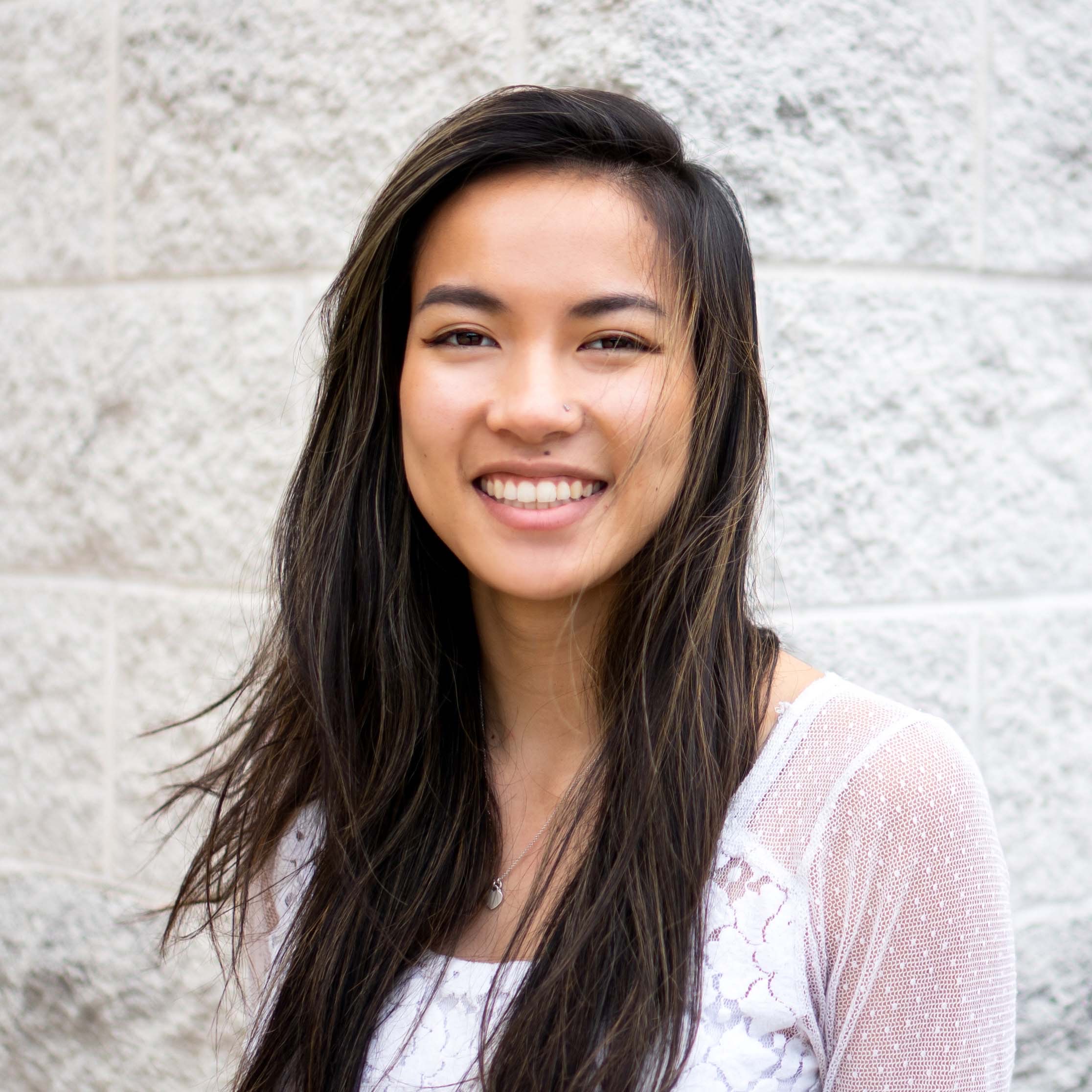 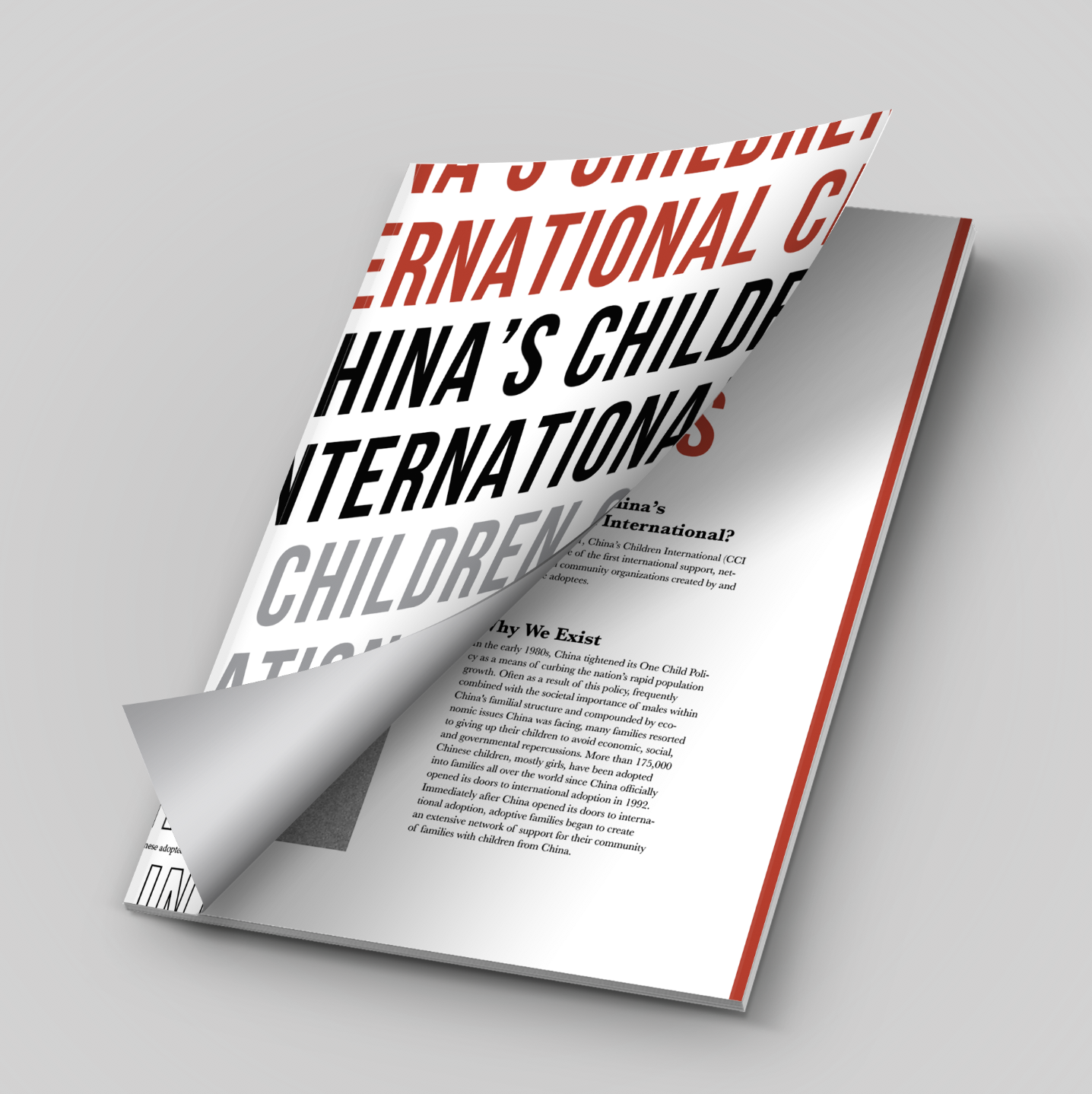 I identify as a creative, ever changing, and always questioning Asian(ish) American. I love a challenge, and my identity often revolves around next steps to becoming the best version of myself. When I’m not stalking the best digital designer’s portfolios on the web, I can be found playing with my beloved Siamese kitten Leo. One aspect of my identity that has been a source of insecurity is my ‘Asian-ness.’ My Chinese heritage. There’s this giant disconnect between how I was raised and who I feel I really am. But honestly, where do I belong? I think this concern sparked my desire to join CCI and create a digital publication where adoptees can express how they really feel about their identity. Instead of repeating a predetermined narrative that can be expected of us when answering questions on adoption. Sayings like “I’m lucky to be here and alive,” (even though I am) or “There’s worse problems out there like murder, death, and rape” (which I agree with). But it’s beautiful how magazine exposes more of the truth behind an often fantasized story of adoption, and that the truth is spoken by the source itself, adoptees.

Where were you adopted from, when and if you would like to share any aspect of your life before adoption?

I was adopted in 1997 from the Guangdong Province of China in a city called Maoming (born in 1996). And quite truly (as of today) my life before adoption is a mystery. I did not have a note with details of my birth date (the orphanage had to guess) and when I flew back to China in 2012, there wasn’t any new information in my regional government files. I feel like the first year of my life is quite contrasting to almost all the babies I know today, whose life is documented about every hour via social media and iPhone photos. But I know next to nothing.

I grew up in a strangely progressive yet semi-rural White town in Ohio. It is called North Canton. About 20 minutes away is a city called Akron, which is quite diverse. But travel a bit further North and the majority of individuals are mostly White. I think Ohio is very peculiar in the sense that the demographic landscape shifts so quickly. I can see why Ohio is a swing state in American politics. After moving about 5 times in college (New Jersey, California, Singapore, Chicago) I decided to come back home for a year before settling long-term in San Francisco. But we’ll see what happens! I guess you never know.

What is your profession/what are you pursuing?

What is CCI addressing that you felt necessary to distinguish within the international adoptee/adoption community?

I think CCI provides a safe space for Chinese Adoptees to express their unfiltered feelings. When I attended FCC (Families with Children From China, a parent run group for Chinese Adoptees) I was very young, so it made sense that adults curated the organization. But now that I’m older I’m less interested in adoptive parents teaching me about the Chinese culture. I’d much rather explore adoption from sources I find myself. I think that the power dynamic in CCI is what sets it apart from other organizations. And oftentimes in America, our parents are White. I think there’s a large disconnect between Asian cultures and non-Asian cultures. And CCI provides a safe place for Chinese Adoptees to create a culture of our own.

You have a gorgeous inaugural issue of an online magazine.  How can people access it? How did this come about?

I joined CCI about a year ago. I was working on my senior capstone project which covered the topic of adoption. While I was researching I came across Charlotte’s organization CCI and I was very curious. I spent about a week sifting through different aspects of the organization. I started turning toward the CCI Magazine when I felt isolated and alone from my peers. When I couldn’t relate to my surroundings in college, the CCI Magazine related to me. It was there for me when I felt very alone and misunderstood. And when I heard that I could join the organization and be a part of this amazing group, I jumped on that opportunity. Charlotte recognized that I was in digital design and I joined the position of CCI Magazine coordinator. The magazine is so important to me. It understood when I felt lost. So I knew I needed to help other adoptees feel understood when they felt no one else did. Allow adoptees to express themselves through words, images, and designs.

You can access the magazine through the publication platform Isssu. You can also find it on CCI’s website. 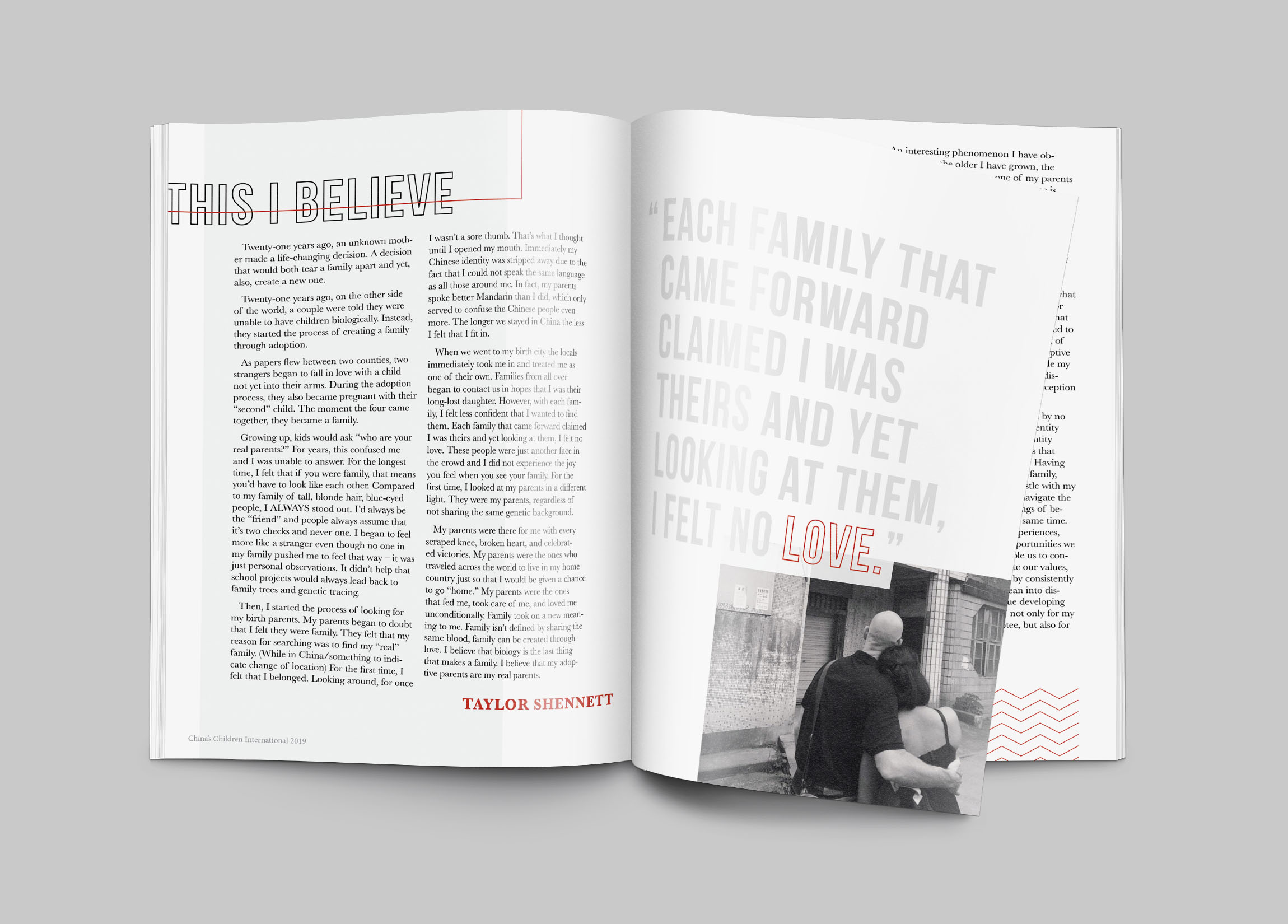 I’d like to learn more about the guilt I feel as an adoptee. I tend to feel a bit insignificant at times, and as though my feelings towards adoption do not count. That the people I talk to about my problems have heard way worse. Sometimes I think I’m told how to feel about my adoption, too. I tend to feel very confused and that I lack something that every non-adoptee has.

I’d also like to learn more about how babies are affected in Utero.

Hmm … is there a best part … ? I enjoy getting to experience unique subcultures of our own. I joined an Asian-Interest Sorority and at times I felt as though it was a forced simulation of unique experiences. A possibly artificially constructed moments that bonded us for life, making us the status of real sisters. But it was hard for me because most girls involved had actual biological sisters. And they were sort of using this platform to transform their friends into sisters. Whereas some adoptees are struggling to find a single person who shares our genetic makeup. It made me feel a bit invalidated at times and as though these girls could go back to their real families after the sisterhood events were over. I guess I felt insecure and that I’d never be real family to them.

But expanding on the thoughts above, I do love some aspects of adoption. I love my shared common beginning with so many Chinese adoptees. When I meet an adoptee, I feel like I get an instant glimpse of what their home environment could be like. I feel like our bond is grounding because our connection stems from a deep loss but a vital gain. And sometimes I feel like connecting with adoptees resonates with me more than my own adoptive family (as hard as it is to say, I love my adoptive family so much). But there is a disconnect that I feel, albeit the love, resources, care, and guidance I receive. I guess I do owe my life to my adoptive family, although they’d never want me to say that. The adoption community gives me a space where I truly belong, in a world where I never quite fit in.

Incorporated in above question

Is there something of the Chinese culture you have incorporated into your daily life?

I am getting there! I am starting to learn Mandarin, and I think connecting more to my Chinese heritage is the next step on the search for identity. Charlotte is such an inspiration to me. Her knowledge of China and Mandarin is very motivating, #goals.

If you’ve been to China, please finish this sentence – Next time I go to China, I…..

… want to find out more information on my birth family.

With gratitude to Mahli Knutson, who helped to edit this interview. 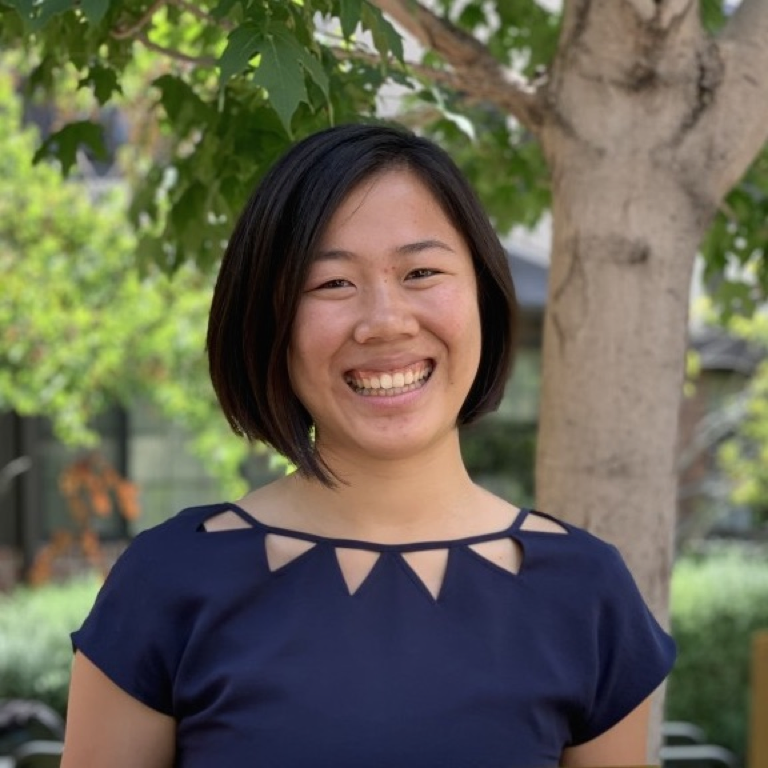 Mahli Knutson lives in Vermont with her mother and older sister. She is an undergraduate senior studying International Politics and Economics at Middlebury College. She is interested in learning new languages and human rights advocacy, and in her free time, she plans cultural events with her college Japanese Club.